Ronald Carter, a saxophonist who has performed with musical greats including Lou Rawls, Lena Horne and The Temptations, will be the guest artist for the annual TJC Jazz Festival.

He will share his knowledge and considerable performance skills with young musicians from area schools during Tyler Junior College’s annual Jazz Festival, set Thursday and Friday, March 2 and 3, in Liberty Hall, located at 103 E. Erwin, in downtown Tyler.

Carter will perform with the TJC Jazz Ensembles at 7:30 p.m. each night in Liberty Hall.

Admission is free, and the public is invited to attend.

Carter, a professor emeritus from Northern Illinois University, is also a consultant for the Essentially Ellington Jazz Competition.

“It’s always a big thrill for us to bring someone of Ronald’s caliber to come and work with our students,” said Heather Mensch, TJC assistant director of bands and professor of low brass. Mensch is also director of TJC Jazz Ensemble 1. 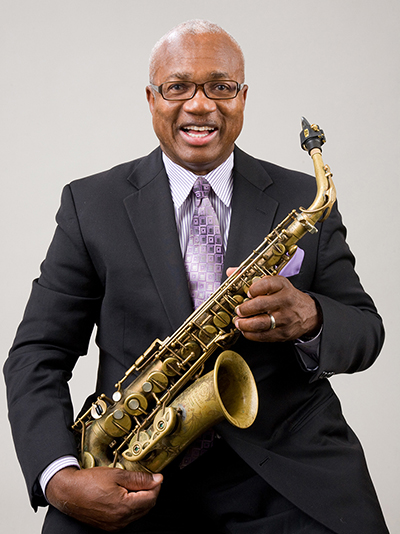 “The students get an idea of what it’s like to be a real, working musician by learning from someone who’s spent years in the profession, honing his craft.”

TJC Jazz Ensemble 2 is under the direction of Dr. Steven Meier, assistant director of bands and professor of woodwinds.

The TJC Jazz Combo, which will warm up the crowd before each night’s performance, is made up of a smaller group of jazz students, including: Daniel Armstrong, Robin Bibeau, Ethan Day, Joseph Garza, Jared Hamilton, Corey McCowin, Raul Padilla and Keith Williams.

The festival will include music clinics and performances by area middle and high school jazz bands. Each group will perform for about 20 minutes, and then Carter will join them onstage and offer a critique of their performance.

For more on TJC bands, go to www.tjc.edu/band.