TJC believes in the values of Unity, Caring, Integrity, Empowering, and Excellence, all focused on the success of students and communities.

This steadfast commitment to student and community success requires a consistent level of skill sets, perseverance and heart, by every single member of the organization.

At times, the only association made with those from the institution is with the professional side of a respective person; therefore, we found it important to share and celebrate some of the hobbies, or past times, of a few of the leaders who comprise this world class, premier and award-winning institution of higher learning.

Dr. Juan E. Mejia, President and CEO of TJC, is known to say, “Work hard and play hard!” He frequently jokes that when someone is asked what they believe is his favorite sport, dominoes tends to be the answer. Although, it would be better for his ego if someone suggested soccer or bodybuilding. He is quick to point out that the correct answer is actually paintball.

“While time at the College, with meetings, events, opportunities and challenges, is always rewarding and exciting, I do encourage everyone to engage and be of service to others through participation in local boards, committees, or task forces,” said Mejia. “In addition, I do encourage everyone to, at times, disconnect and find a way to recharge and just relax. For me, paintball allows me to spend a bit of time with my mind focused on the game itself.”

Paintball is a competitive team sport in which players eliminate their opponents by tagging them with round, dye-filled capsules called “paintballs” that break upon impact. Paintballs are usually shot using air-powered weapons called paintball markers that were originally designed for marking trees or cattle.

The sport began in 1981 in New Hampshire, when a Wall Street stock trader, and an outdoorsman, and writer, debated who would best thrive and survive, when placed in a challenging environment. The two men chanced upon an advertisement for a paint-gun in a farm catalogue and were inspired to use it to settle their argument. With ten other people, all in individual competition, the sport of paintball was created.

Mejia began playing paintball in South Texas in 1988, when his friends, a financial advisor, and a fellow educator, ventured into an army surplus store to purchase camping supplies. They came across paintball-related magazines and actual paintball gear, and immediately reached out to another mutual friend, a businessman. Mejia and his friends rented the necessary equipment and held their first paintball game.

Soon after, they purchased their own equipment and did their best to join local groups for weekend outings. Mejia recalls that the first official tournament that they played in was actually in East Texas, when they flew a small, single-propeller airplane from McAllen to Commerce. Mejia still proudly displays the Sportsmanship Award from that first tournament in his current office at TJC. 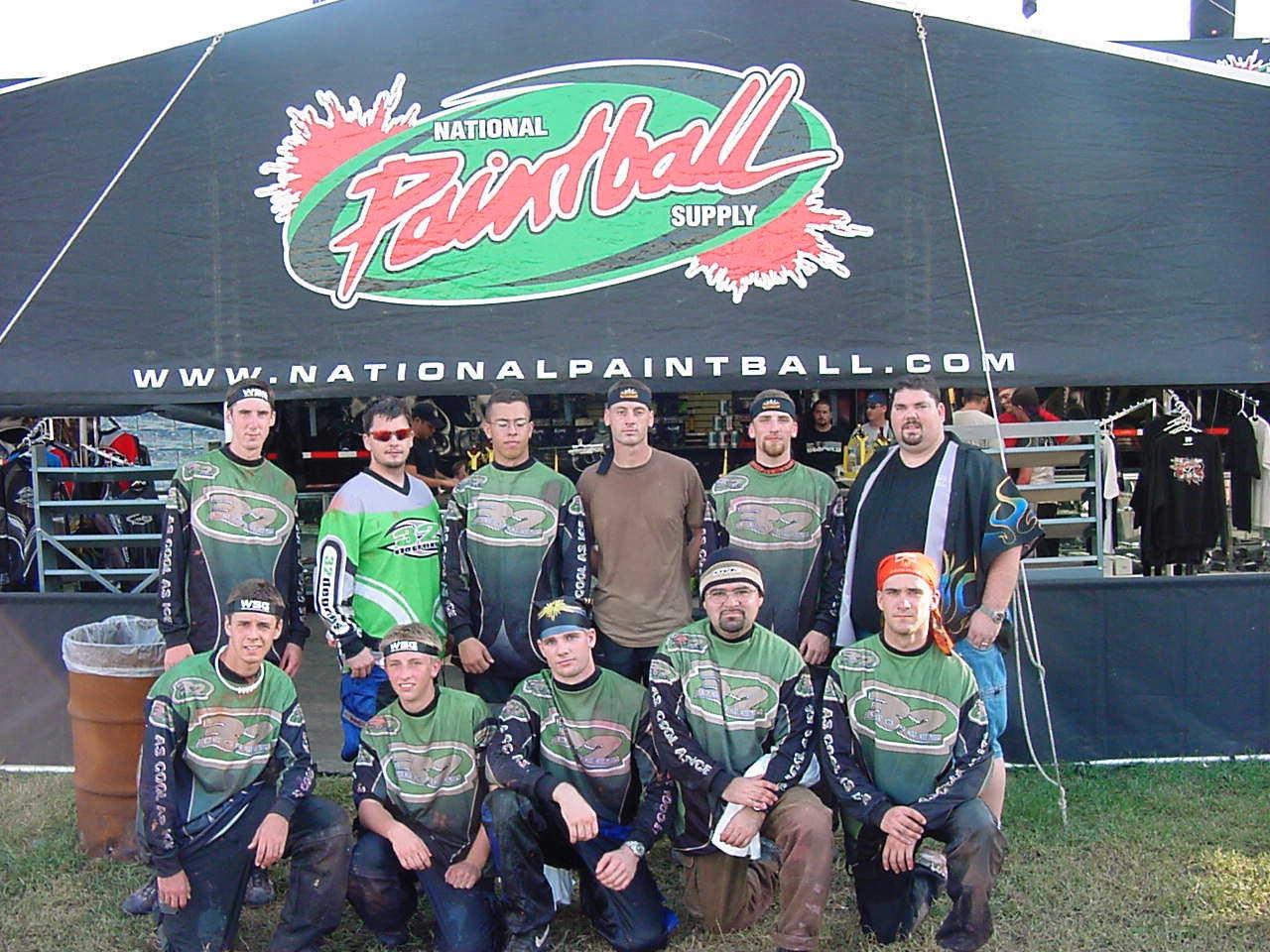 Mejia thoroughly enjoyed having competed in regional, state and national tournaments, including several World Cups at the ESPN Wide World of Sports complex in Orlando, Florida. Mejia competed with the National Collegiate Paintball Association All-Stars and the College and Industry sponsored team Monstarz.

“In my heart and mind, I envision that I can still play at that same level, but my body now tells me otherwise,” laughed Mejia. “At this stage in my life, it is more about networking, team building and, overall, the strengthening of relationships.”

Mejia says the paintball games he plays in today are organic and include colleagues whom he respects and values time with.

“Everyone is quite friendly and helpful until the whistle blows to start the game; and at that time, it goes immediately into vision, leadership and strategy.”

He often draws comparisons between the sport of paintball and being an educator.

“In both instances, we begin with the end in mind, enjoy what we do, know that others are counting on us and build motivation and inspiration, all of which lead to positive synergy,” he said. “While the objective of paintball is to capture the flag or succeed in a mission, our objective as educators is to change lives for the better, right here, right now, and at scale.”

It is important to note that TJC has now launched its Apache disc golf course, and you just may find President Mejia giving it a go on the weekends.

Enjoy summer, but ensure you have everything ready to be a part of TJC this fall 2022 semester!