Since they were each unopposed in the recent May election, TJC Board of Trustees members Peggy Wagstaff Smith, Clint Roxburgh and Dr. Joe Prud’homme were sworn in during the board’s regular meeting.

The oaths of office were administered by State Sen. Bryan Hughes, who is a 1989 TJC alumnus.

“It’s a real blessing for me to do this,” Hughes said. “Obviously, everyone here today knows what a special place TJC is, but I know it, too — personally, for me and my family, for our community and our state, and even nationally. So, to get to administer this oath is truly a big deal for me, and to personally know the leaders I’m administering it to is truly an honor.”

Upon reconvening after the oaths, the TJC board elected officers for the coming two-year term, with Smith elected president; David Hudson, first vice president; and Lonny Uzzell, second vice president.

Rounding out the TJC board are: Rohn Boone, Ann W. Brookshire, Mike Coker, John Hills, Dr. Joe Prud’homme, and Clint Roxburgh. It is important to note that all have served as presidents of the TJC Board during their tenure. 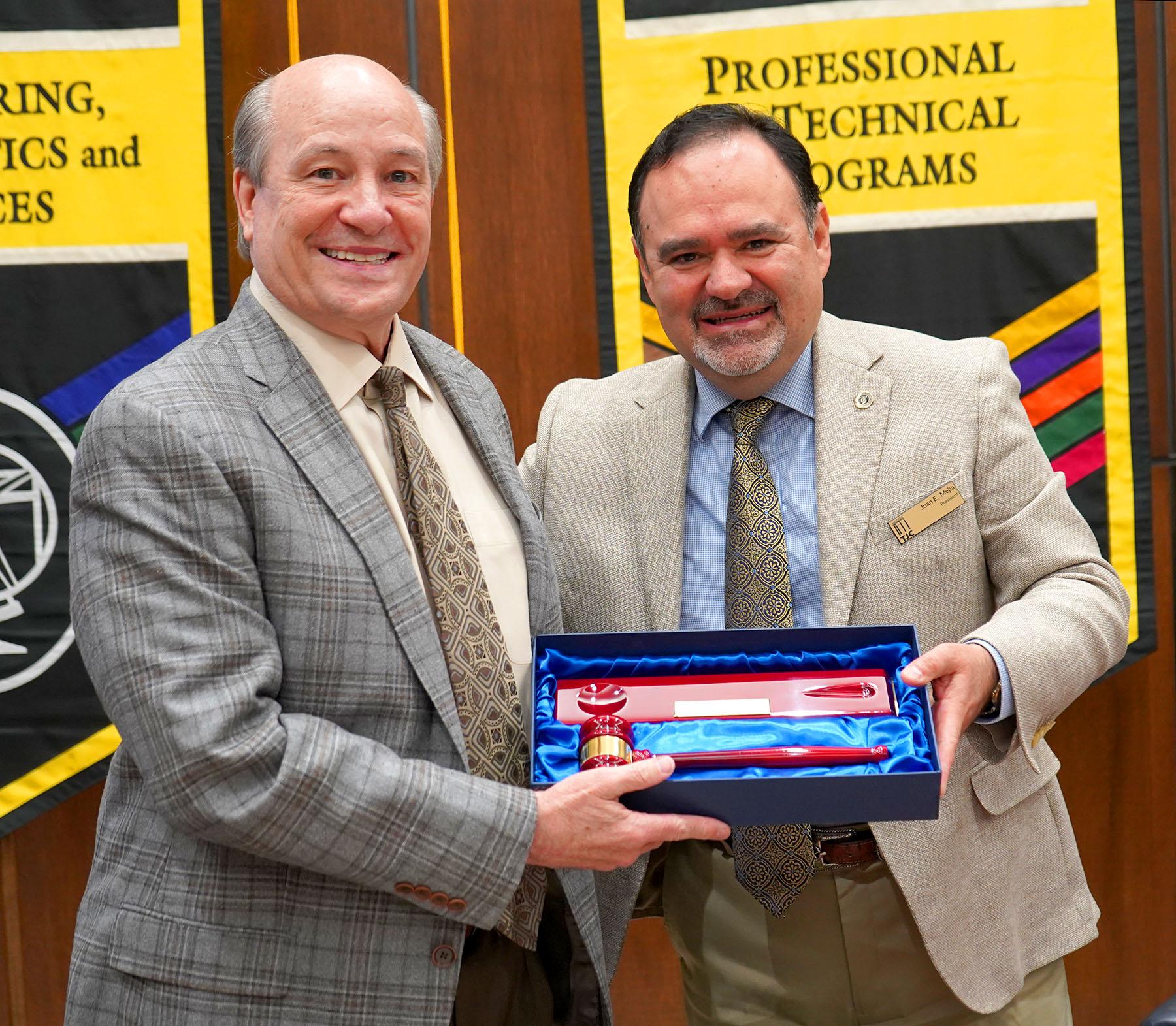 TJC President Dr. Juan E. Mejia thanked outgoing Board President Rohn Boone, a 1975 TJC alumnus, for his dedication and service and presented him with a commemorative gavel on behalf of the institution.

Mejia said, “We at TJC are most fortunate to have a Board of Trustees that wholeheartedly believes in our vision and mission, and that is actively involved in any work that can benefit our communities.”

Boone, who battled COVID through part of his term, expressed appreciation to his fellow board members for stepping in to assist with additional duties during his time away due to illness.

“Peggy Smith and each of the trustees prayed for me, they encouraged me, and they stood in the gap when I was unable to be at the board meetings,” he said. “They helped me fulfill my responsibilities and provided the leadership that I believe is necessary to help some of the best and brightest students graduating in America today.” 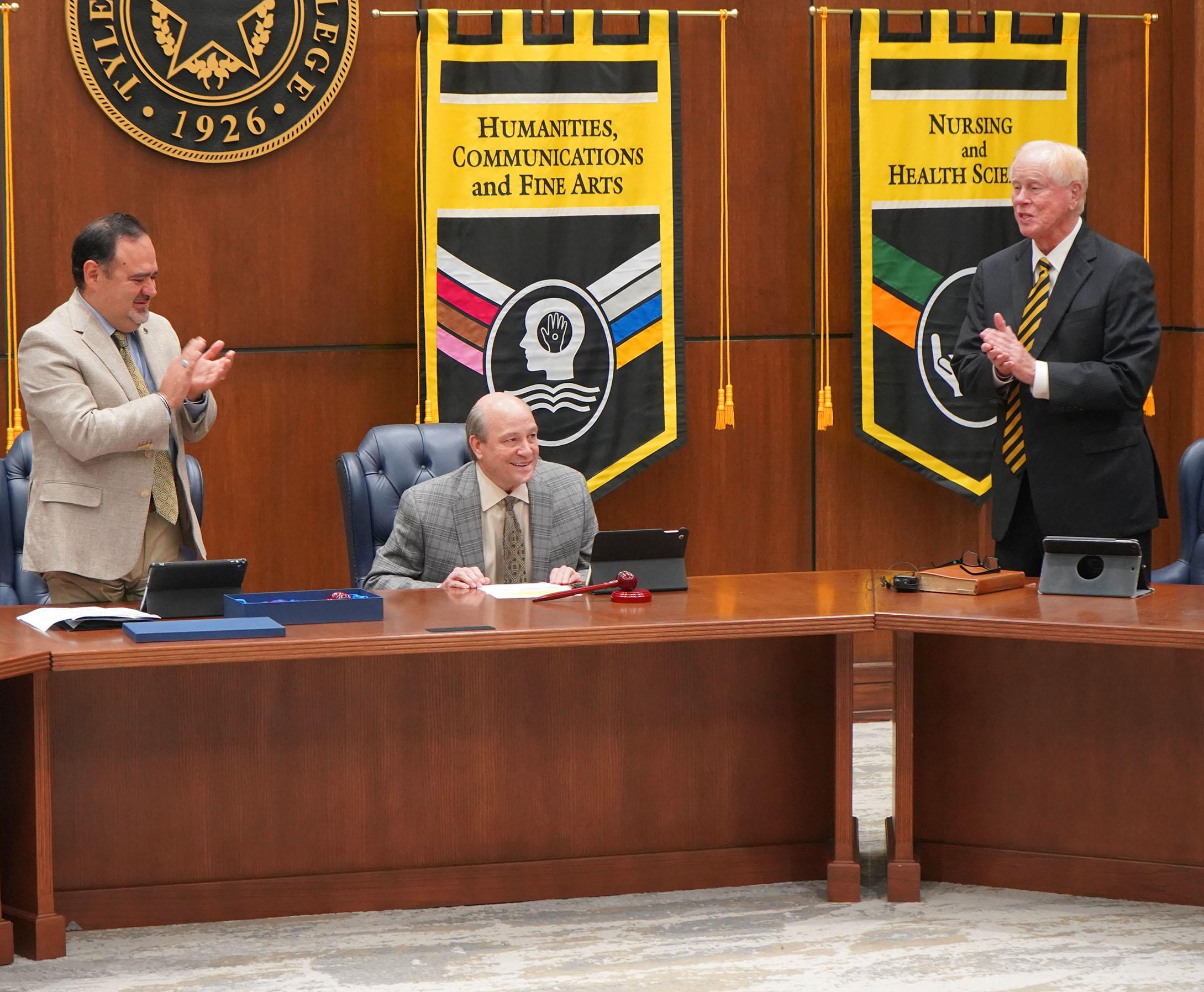 Outgoing TJC Board President Rohn Boone (seated) receives a round of applause during Thursday’s meeting of the TJC Board of Trustees.

To the audience, Boone said, “I also want to thank those of you who are here today because of your commitment every day, as you make a difference in the lives of all the students. I truly appreciate you being here.”