After a two-year hiatus due to the pandemic, the Tyler Junior College Art Department resumed one of its most popular Arts Festival traditions on Wednesday: the Thunderdome competition.

The premise is simple but somewhat brutal: A crowd gathers in the center of campus where TJC students and faculty submit their artwork for judging. Derrick White, art department chair and professor, randomly chooses three people from the crowd to serve as judges. Two pieces at a time are held up for judgment, with the losing piece in each round destroyed on the spot by an unruly pack of “annihilators” from the TJC theatre department. Methods of destruction include blowtorch, knife, spray paint, sledgehammer, pickaxe, kicking, bare-handed smashing, or a combination thereof.

It’s no surprise that Thunderdome draws a rowdy crowd.

“Everyone gets really into it,” said White, who created the Thunderdome competition in 2009. “It’s a fun way to release some stress before we go into final exams.”

One by one, the artworks are eliminated until only two remain. 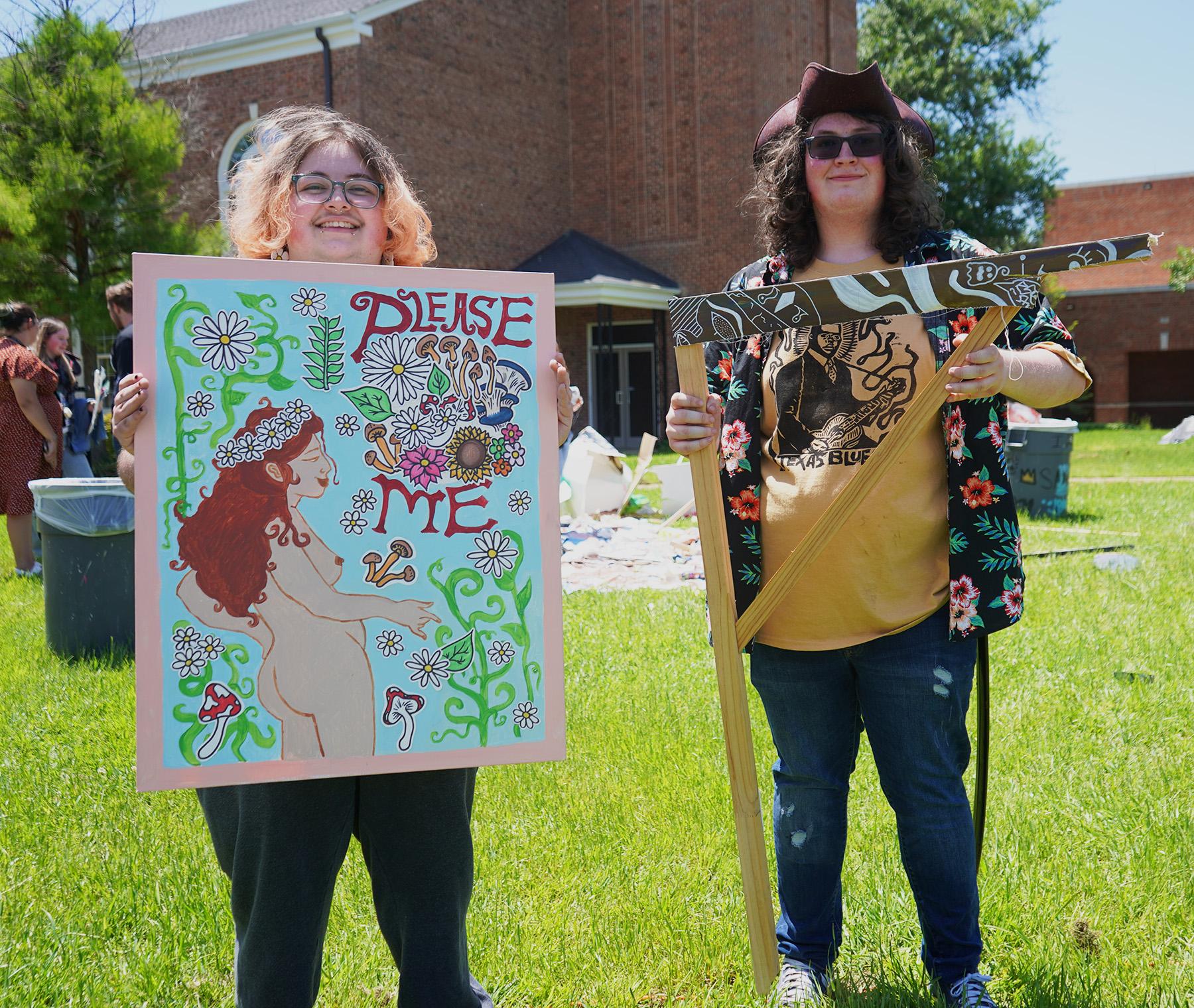 This year’s final round was a nail-biter, with paintings by art students and best friends Jack Cagle and Josh White (son of Prof. White), both of Tyler, going up against each other.

Cagle’s entry won by a single vote and claimed the grand prize, which was initially $200 cash. Prof. White then offered Cagle the opportunity to keep the $200 and walk away — or he could choose one of four sealed envelopes, in which he would either double his winnings, plus another $100, or forfeit everything and be forced to destroy his own art in front of the crowd.

Cagle took his chances, chose an envelope and won the $500 cash prize.

“I’ve heard about Thunderdome since we were in middle school, and we were standing there today, like, I can’t believe this! I was really not expecting it,” Cagle said. 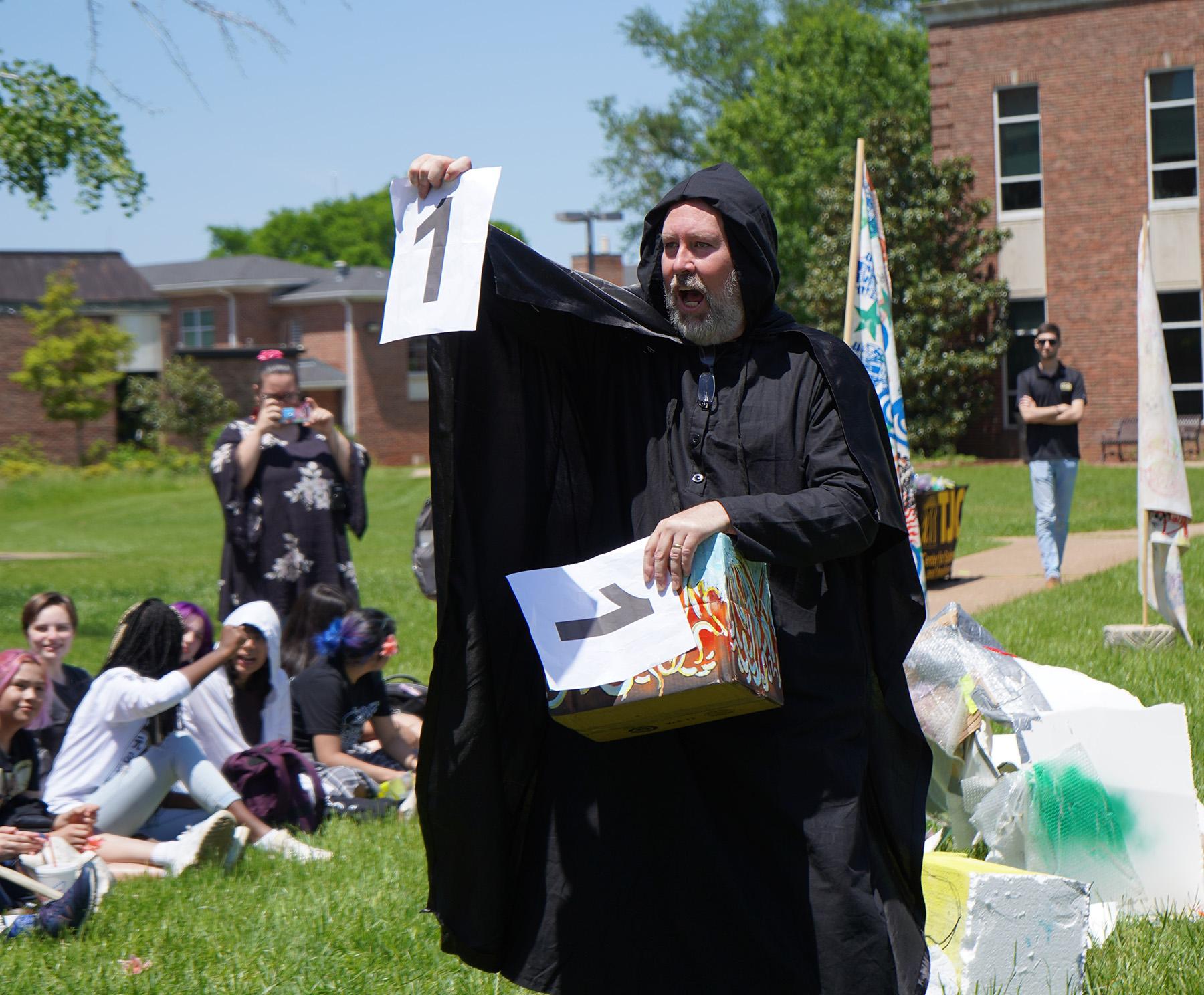 Clearly, there are no hard feelings between the friends.

“I’m more glad that I lost to you than I would be to anyone else,” White said to Cagle, to which Cagle replied, “Aw, thanks!”

Cagle and White both created their works specifically for Thunderdome, knowing full well that their art could meet with an untimely demise.