Since the TJC Women’s Basketball team brought home the College’s 67th national athletic championship, community partners and friends have reached out to congratulate the team and coaches.

On Wednesday night, The University of Texas at Tyler held a special lighting of Riter Tower in TJC gold, with a welcome delegation on hand to greet the national champions, their coaches and TJC officials for a time of celebration.

“We wanted to do something special to celebrate with our friends at Tyler Junior College,” said UT Tyler President Kirk A. Calhoun. “This is a success the entire community embraces.”

TJC President Juan E. Mejia said, “This is a major win for East Texas, and our wonderful partners have made it very special. We are extremely proud of Coach Trenia Tillis Hoard, her staff, the athletic department and the 2022 championship team, and we’re thrilled to share this victory with our East Texas community.”

The championship game against Georgia Highlands College took place on Monday, March 21, with a final score of 92-80. The Apache Ladies were 17th-seed underdogs going into the NJCAA Division I Women’s National Tournament, held at the Rip Griffin Center on the campus of Lubbock Christian University. 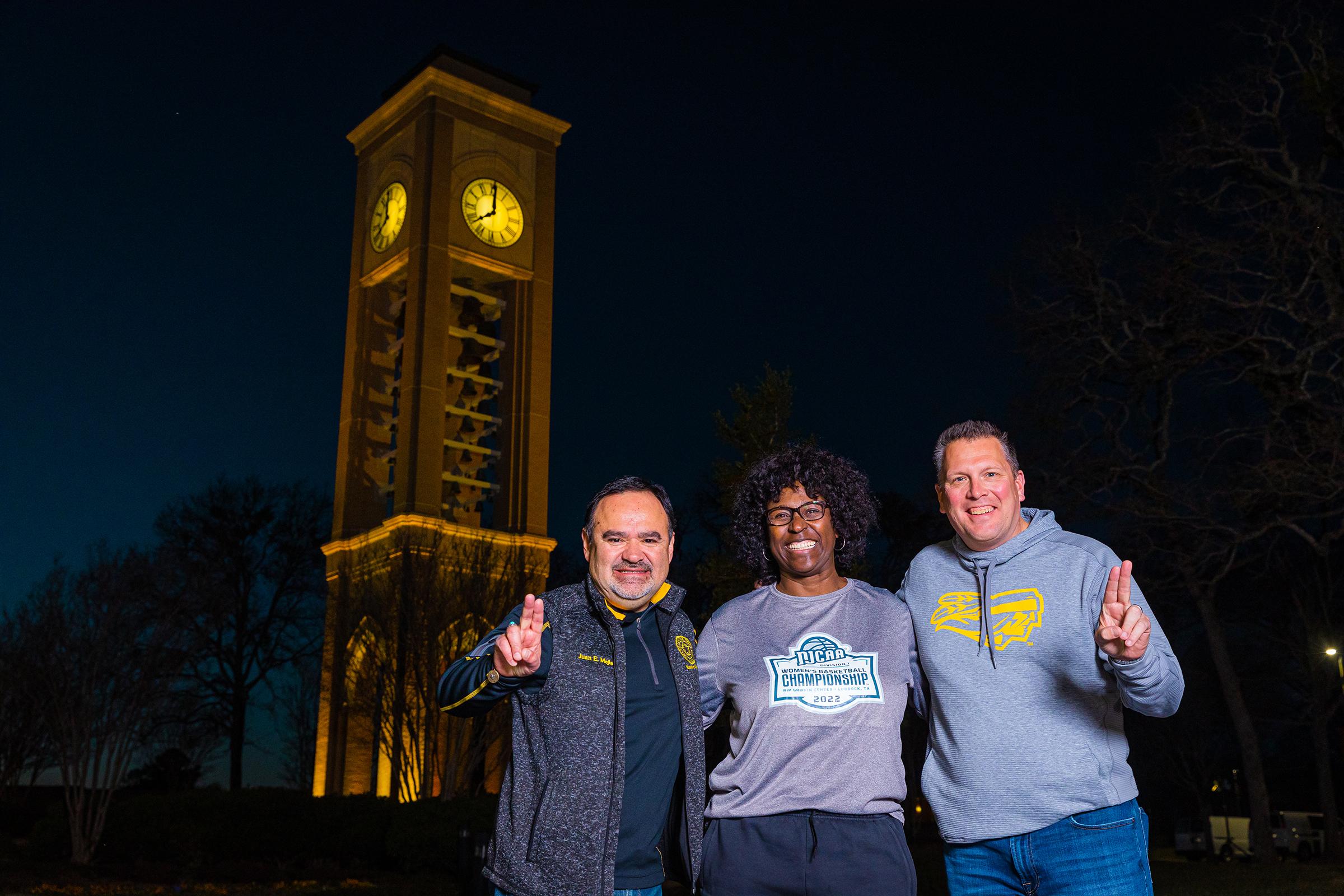 Head Coach Trenia Tillis Hoard was named Coach of the Tournament. Also, Shadiya Thomas and Taryn Wills were selected to the All-Tournament Team and Debbie Ogayemi was selected as the Tournament MVP.

Hoard said, “I could not be prouder of these student-athletes and their achievements on and off the court. The response from everyone has been overwhelming, and we sincerely appreciate the love and support from everyone in our TJC and East Texas communities.”

TJC Director of Intercollegiate Athletics Kevin Vest said, “The support and excitement shown to our players and coaches throughout the community has been so special. Everywhere they go, people have been offering them hugs and high-fives and congratulations. It’s a real testament to the tight community we have here and what a special place we live in.”

TJC expressed gratitude to President Calhoun, Chairman of The University of Texas System Board of Regents Kevin Eltife and the entire UT Tyler family for their unwavering commitment to the strongest partnership possible as both work to promote student and community success.