This is the first in a five-part series celebrating Women in STEM Month.

TJC has been the starting point for many women who have gone on to successful careers in the fields of science, technology, engineering and mathematics. Some have even returned as faculty members and are impacting the next generation of students. We salute their accomplishments and thank them for setting the pace for future women who aspire to professions in the STEM arena.

“I’ve been a gamer my entire life and had planned on going into game development since I was a teen,” she said. “That being said, I didn’t actually know about the game and simulation department at TJC until I got here as a computer science major in 2011. Luckily, one of my professors told me about the outstanding program TJC offered, and I was convinced.”

After switching her major from computer science to game and simulation, Dougherty’s inspiration took off.

“The TJC program is incredible,” she said. “We have world-class professors who teach cutting-edge software and prepare students to work as professionals in the game industry.”

She’s quick to add that the TJC program not only prepares students with the knowledge needed to develop video games and simulations, but that knowledge can be applied to many more career avenues. 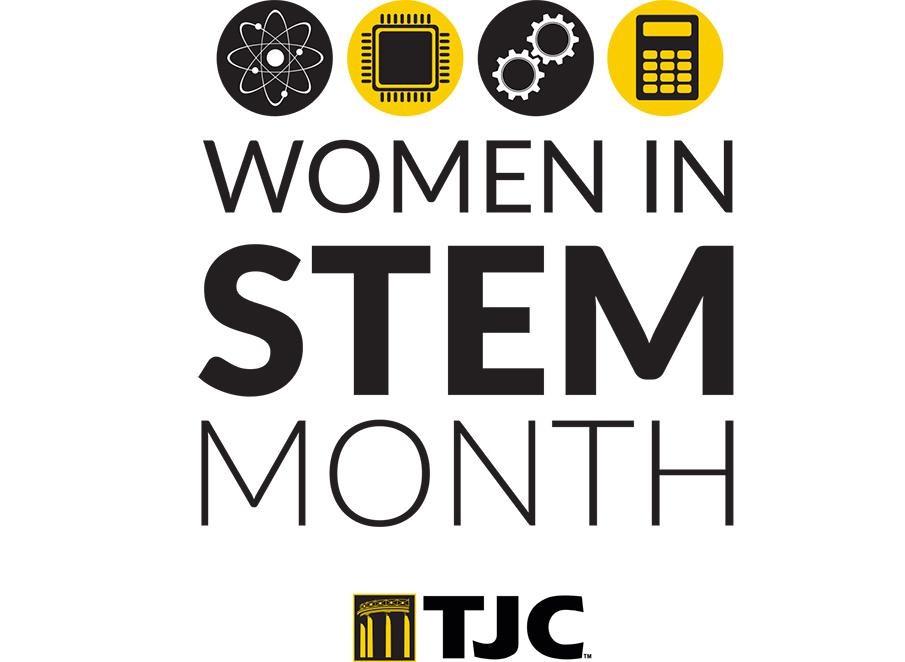 Behind successful students are influential teachers — and when it comes to her TJC influences, Dougherty is happy to name names.

“Truthfully, every single professor I had made a positive impact on me,” she said, “but as for women in science, technology, engineering and math (STEM), I had two amazing examples in the computer science and game and simulation departments: Professor Judy Jernigan and Professor Gigi Delk are both brilliant computer scientists. And as the advisor for Phi Theta Kappa Honor Society, Gigi was a huge influence and inspiration to me, and she still is.”

Dougherty’s success as a student translated into a great job right out of college.

“I was actually recruited for a position just before I graduated from TJC,” she said. “The company was a credit card processor here in Tyler, and they wanted to start creating mobile apps to help people manage and run businesses. I was the first programmer they hired, so I was able to help build up their programming department and oversee the creation of multiple IOS and web applications. It was hectic, but a lot of fun — and I even managed to hire a few TJC game and simulation graduates while I was there.”

While she loved working in the industry, she remained an avid supporter of the game and simulation program at TJC and seized the opportunity to join the faculty.

“As a student, I had seen firsthand the amazing quality of instruction in the program,” she said. “So, in 2019, when TJC was in need of a game programming professor, I jumped at the chance to join this amazing team.”

She continued, “It’s a little surreal to teach classes I took about 10 years ago. The software and methods have changed, but many of the concepts still remain. It wasn’t that long ago when I took these classes, so I remember the struggles I faced as a student and how my professors were able to help me through them.”

Prof. Caroline Dougherty works with a student in the TJC Game and Simulation Development department.

She said the number of women pursuing a game and simulation programming degree remains fairly small, with maybe two or fewer women pursuing that degree.

However, the number of women seeking degrees specializing in graphics has grown at a much higher rate.

“Finding a job as a software engineer has never been more accessible,” she said. “Jobs are in high demand, and flexibility is at an all-time high. Working from home, hybrid and flexible hours are all on the table. Pay is also high for this type of work, and more and more companies have initiatives to support underrepresented groups.”

“For example, when I was a student, I was involved in the Louis Stokes Alliances for Minority Participation (LSAMP) summer research academy, and I gained experience and insight by developing a project from start to finish,” she said. “I worked on a team with another student, and we prototyped a robot to be sent to potentially hazardous environments and map out that environment. This gave me an understanding of how to effectively work with other developers. Also, as part of LSAMP, I presented our work and discussed its potential uses. Those presentations helped prepare me for similar situations in a work environment.”

She added, “There are many other organizations and initiatives out there to support woman and other groups in this industry. The software engineering and game development industries are thriving for women and are only continuing to grow.”

For more information on STEM programs at TJC, go to TJC.edu/EngineeringMathScience and TJC.edu/ProfTech. To learn more about the TJC Game and Simulation Development program, go to TJC.edu/Games.

To view Prof. Dougherty's story on YouTube, go to: https://youtu.be/JzBa6aE3NfI.