All TJC locations will be open on Friday, 2/3/2023. Classes and business operations return to normal.

Nina Ballard of Tyler walked the stage to receive her third degree from TJC, a bachelor’s degree in healthcare administration. 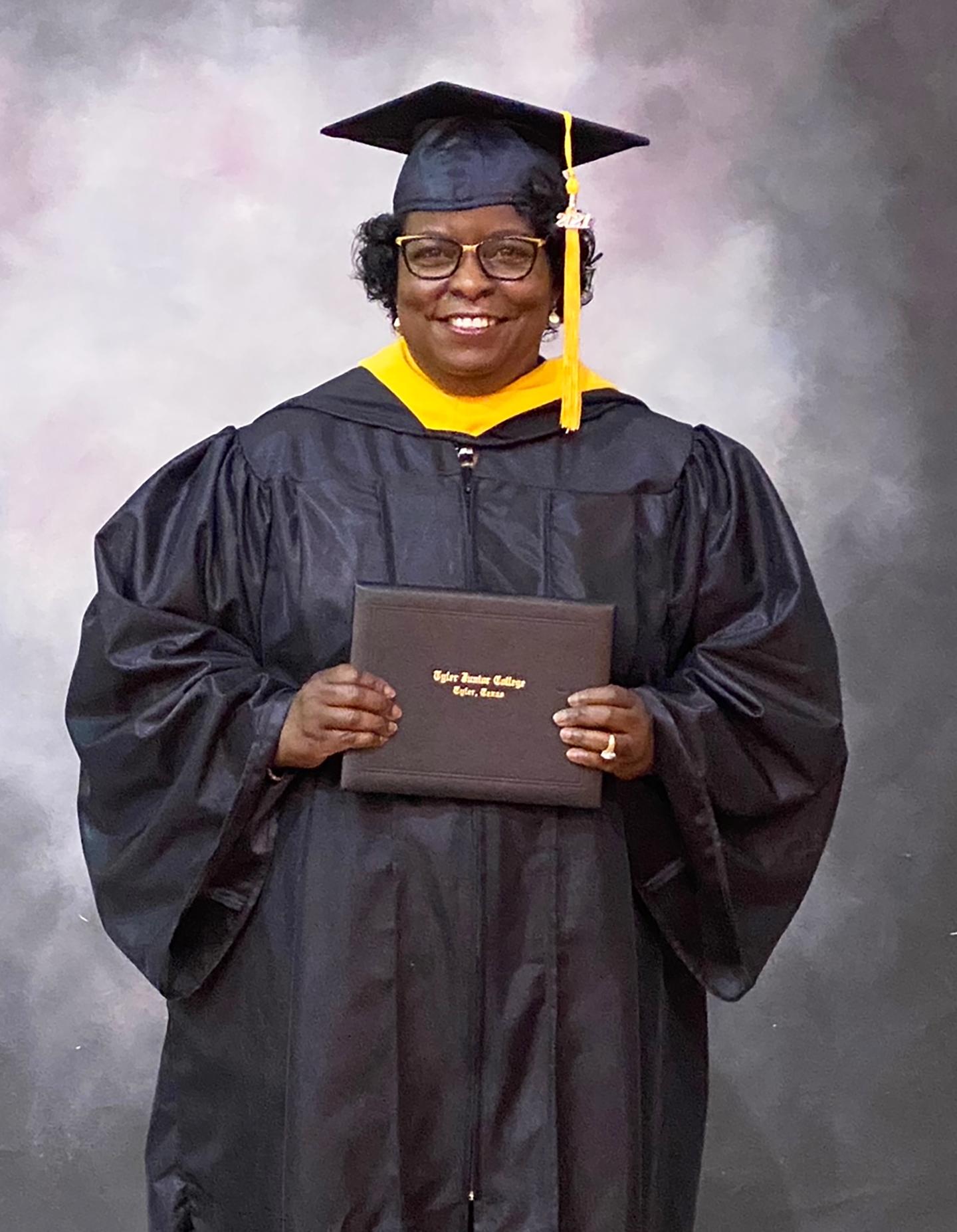 “Once upon a time, I wanted to go into some kind of healthcare career,” she said, “but I got married young and had children and then sent them to school.”

She earned her first degree from TJC as a paralegal but soon decided to push herself further and got a job at a hospital in medical records.

“I became a manager at a local oncology clinic, and my manager told me I had to get a certification; so, I came back to TJC and got my Registered Healthcare Information Technology certificate for my job,” she said.

She’s worked at UT Health East Texas HOPE Cancer Center for 24 years, but she said, “I decided I wanted to know more — and at age 58, I’m here getting my degree.”

She continued, “I can honestly say that I would not have wanted to go anywhere else. The instructors have all worked in my field, and they’re mostly my age, so they were compassionate about my full-time job.”

Ballard concluded, “There’s nowhere else you need to send your students if they’re in this area and if you want them to get a quality education for a reasonable price,” she said. “I was able to pay cash to come back and earn my bachelor’s degree.” 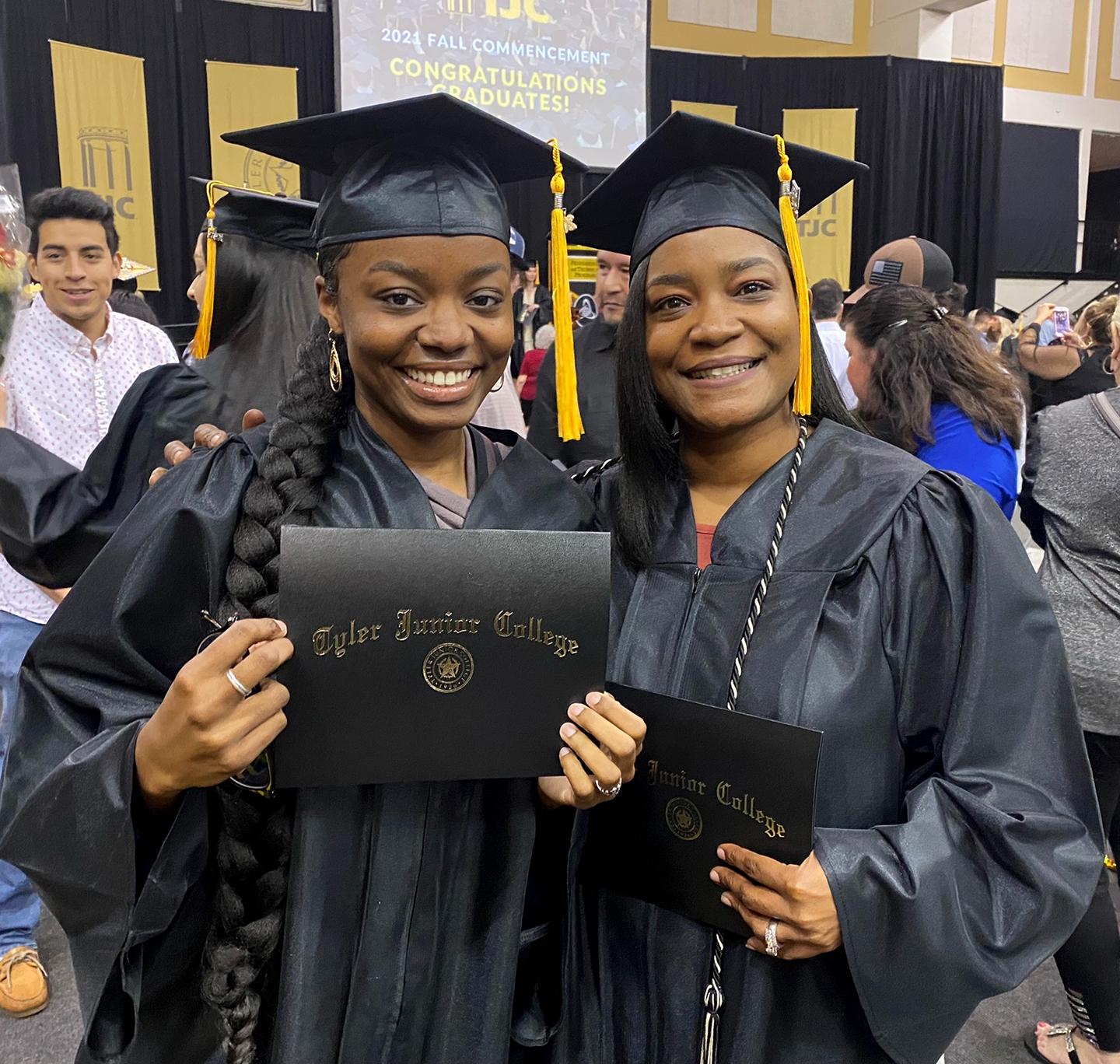 “The program was super challenging,” Taneisha said. “I graduated from high school in 1998, so 20 years of no school caught up with me really fast. However, it became a challenge to make a higher grade than my daughter. We would compete each time, and it didn’t happen often, but when I got a higher grade than her, I’d rub it in a little. Honestly, there’s no way I could’ve done it without her pushing me each week to do great. Also, one of my favorite teachers in the program, Trina Travis, would always motivate me and I really love and appreciate her for that. She’s the best ever.”

Clarence Shackelford worked as a photographer at Friday morning’s UT Tyler commencement before attending his own TJC graduation later that afternoon. 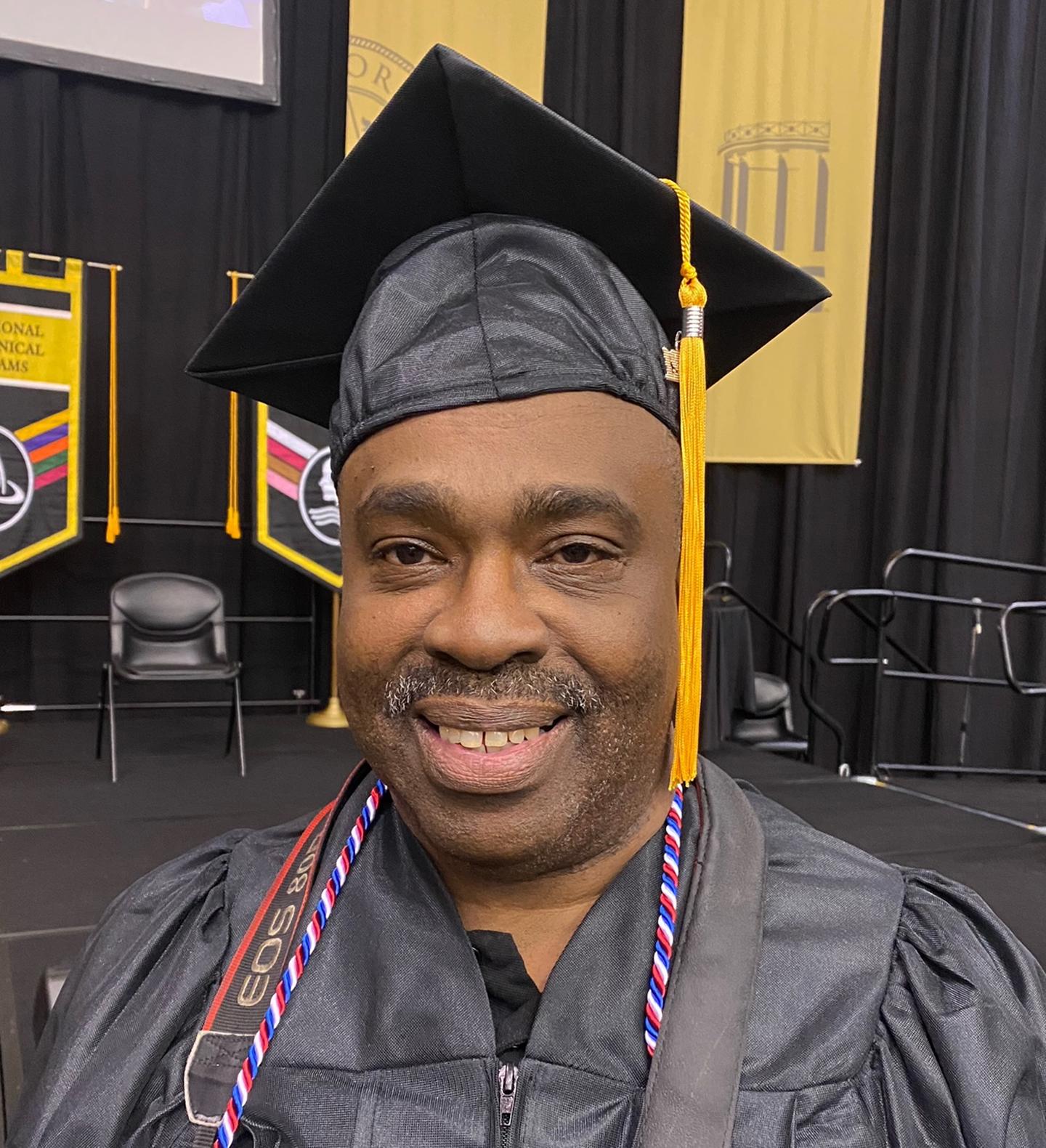 He is also a veteran of the U.S. military and currently a full-time volunteer and founder of the Texas African American Museum, founder of the Empowerment Community Development Corporation and founder of Tour Tyler Texas, which he said brings people to the city of Tyler to shop and help the economy.

“For the last 35 years, I’ve done graphics, television and radio broadcasting and photography,” he said. “I’m a retiree from UT Tyler and the state of Texas as a photographer. I was out of school for 41 years before I started on this TJC program. It’s been a blessing.” 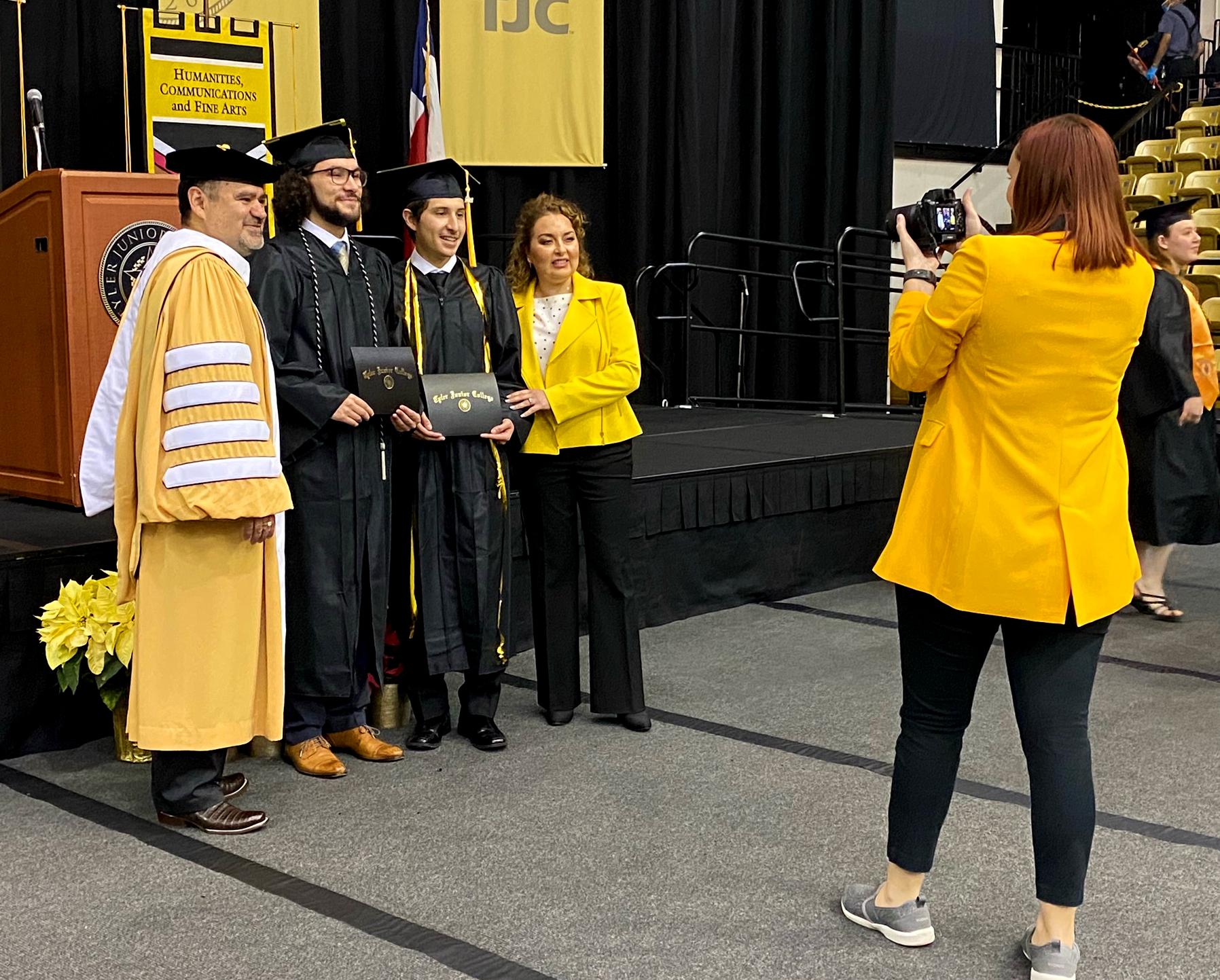 Graduation is always a meaningful day for President Mejia, but maybe more so on this day since he presented diplomas to his twin sons, Alex and Juan.

"I am honored to serve as president of our world-class institution, and today I am also here as a proud parent of graduates,” Mejia said. “These were my fourth sons to present with college diplomas as I was privileged to present them to my older sons, Eddie and Jonathan, when I was at South Texas College, and today to the twins. TJC is a great place for all of our students because it creates opportunities for success.”