Performances are 7 p.m. Friday and Saturday, Oct. 29 and 30, in Wise Recital Hall located in the Rogers Palmer Performing Arts Center.

Admission is free and the public is invited to attend. Due to the small venue, only the first 70 attendees will be admitted to each performance.

The one-act play centers around McDono, a young man with aspirations of greatness and serving mankind.

“The main character is an everyday type of guy who meets this person who then begins to bring out his personality and his abilities through the playing of a board game,” he explained. “The board game is new and becomes very popular; and because it’s so engrossing, it begins to control the people who play it. Ultimately, it’s a play about making decisions and the consequences of those decisions.”

The birth of ‘McDono’
The origin of Crawford’s play is an intriguing tale in itself.

“I wrote the first draft in the spring of 1981,” he said. “It was a couple of weeks before my oldest son, Clint, was born, so I piddled with it and then put it away. Over the next few decades, we moved about three times. There were several scripts in a box together, and I had no clue where they were.”

He searched high and low for the box many times but eventually gave it up for lost.

“We built a new home about five years ago, and one day summer before last, I was looking for something in the front entryway closet and — poof — there was the box with all of the scripts,” he said. 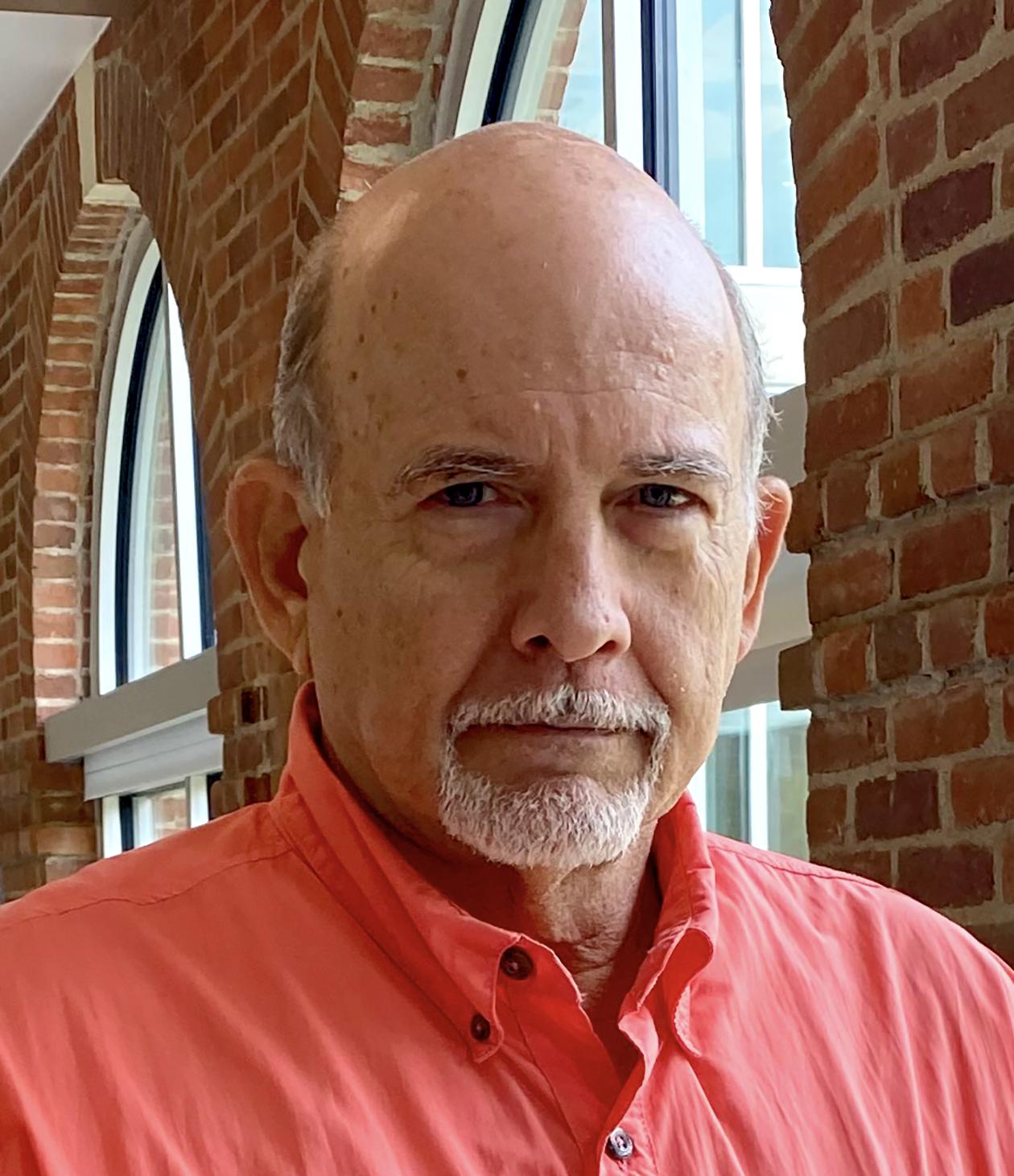 So, he took out “McDono,” dusted it off and rewrote it.

He remembered thinking in 1981 that no one would be interested in a play about a board game, because electronic games were rising in popularity.

“But board games have made a comeback in the last few years,” he said.

He also needed science and technology to catch up with his 40-year-old idea.

“There are things I can do now that I couldn’t do when I wrote it,” he said. “I only saw an idea in my head, but there was no technical way to do it — but now, there’s this thing called ‘projection.’”

“McDono” immerses the audience with extensive use of images projected on the walls of the recital hall and on 7x5-foot screens stretched on steel frames.

Fancy technology aside, he’s really looking forward to finally having the story out in the world.

“It’s good to be putting it under the scrutiny of an audience,” he said. “It’s exactly what is needed to get that pressure to make adjustments and see where it goes from there.”

For more information on events in the TJC Cultural Arts District, go to TJC.edu/PerformingArts.