Tyler Junior College students and faculty experienced their first day of school with similar feelings of excitement and anticipation.

“This is my 47th first day of school here,” said Steve Green, TJC math professor. “Every year, I look forward to it and still feel a little nervous about coming to class the first time.”

“It’s very different from high school, that’s for sure,” said Adrian Duran, a freshman from Canton. “There were definitely a lot more familiar faces in Canton; but it’s OK here, so far. I started with U.S. history, geography and math today, and it’s going nicely.”

Duran, a game development major, chose TJC because, he said, “It’s just the best college around, and there was a program that I was interested in. I’m taking my basics right now, and then I plan to transfer to The University of Texas at Dallas to finish it out.” 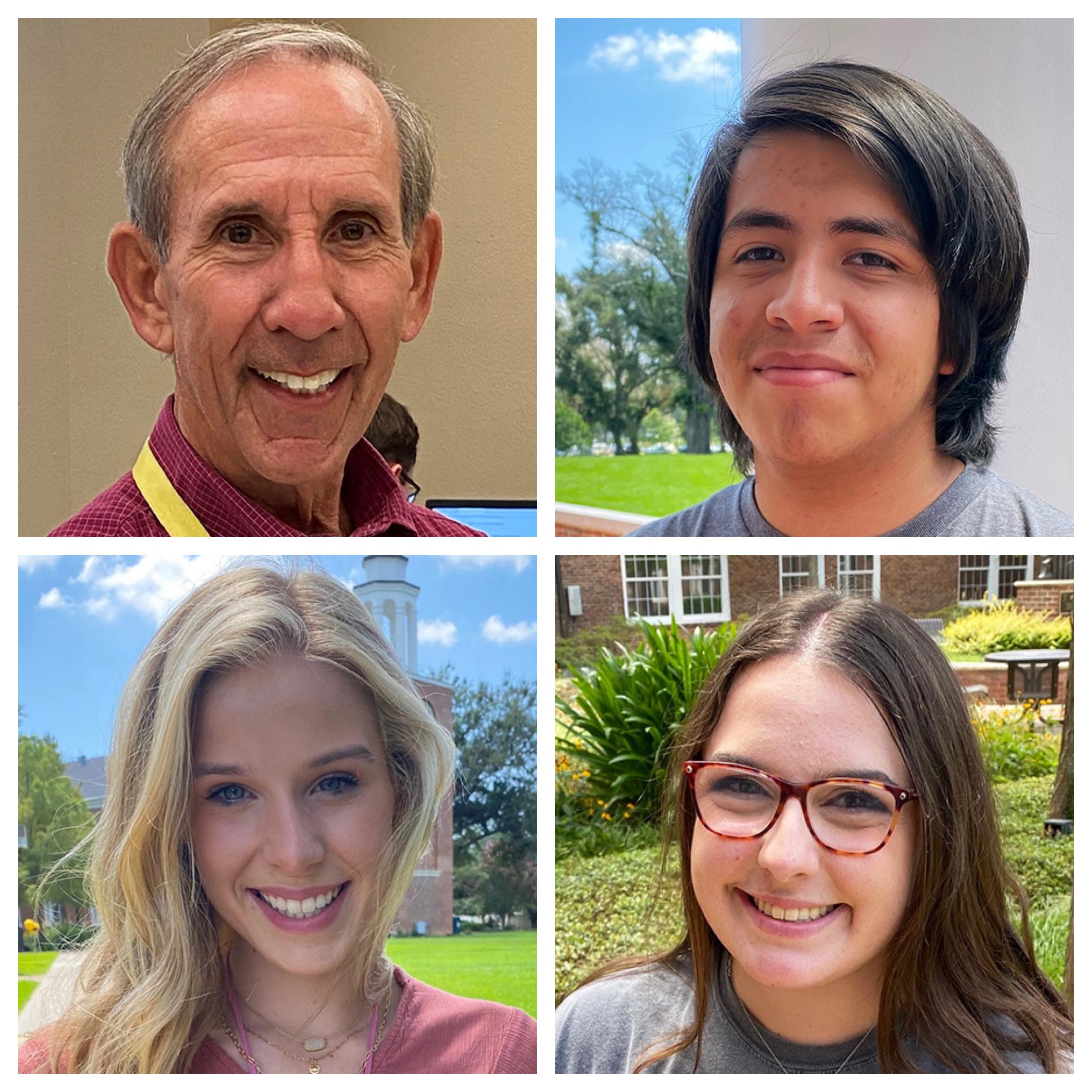 Landry Fowler, of Arp, just began her third year at TJC. After graduating in May with an Associated of Applied Science degree, Fowler is now in TJC’s radiologic technology program.

“I like this place because of the atmosphere, and the teachers here really care about you and your future career,” she said. “The programs that they offer here are amazing, and TJC is highly respected for the area I’m going into.”

Genesis Baze, a sophomore from Midlothian, spent part of her first day learning how to give a 45-minute campus tour.

In addition to her studies as an education major, Baze is also a first-year Student Ambassador at the TJC Welcome Center; and it’s her job to introduce prospective students and their families to TJC and escort them around campus.

“Today, we’re working on some practice tours and going over some points before we start giving actual tours to actual incoming students in September,” she said. “We make sure that we touch on the important parts that would be interesting and helpful to an incoming freshman, and we point out all the different resources on campus and the places they’ll be going to often as students.”

Elizabeth Crawford, TJC Welcome Center coordinator, said, “We want students to not only see classrooms but also the fun things and the additional features that make TJC unique. We’re not just a regular junior college; we have a lot for them to do such as student life, athletics, performing arts and other things a regular university might do.”

Baze added, “Being from Midlothian, I always knew I wanted to go to a junior college; but the junior colleges where I live, it’s like a one building, one conference room, one lecture hall type of place. There was no residence hall, and I would’ve had to live at home.”

She continued, “I wanted to explore my different options and TJC was at the top of the list for getting that same type of big-school feel. Honestly, it really was the campus tour that sold me on TJC — and now, here I am, giving tours myself.”

Although the fall term started this week, TJC is still enrolling students to begin classes immediately. Those interested can text 903-225-8842 for immediate assistance.