Summer and Fall Enrollment is Under Way!

TJC Academy of Dance invites viewers to share in the magic of “Aladdin and the Magic Lamp” without leaving the comfort of their home.

The production will air April 24 and 25, and May 9, 15, and 16, on KLTV from 4-5 p.m. The special showcase of dance was created originally for television and is directed by TJC Dance Professor and Pre-Professional Program Director Shurrell Wiebe.

"We are so excited to be performing again in our brand-new theater, the Rogers Palmer Performing Arts Center,” said Shurrell Wiebe. “Bringing this production to our community through television is thrilling, especially reaching audiences that do not get a chance to visit the theater during COVID. Watch the magic unfold as we reveal our amazing dance program here in East Texas with the TJC Cultural Arts District and TJC Academy of Dance." 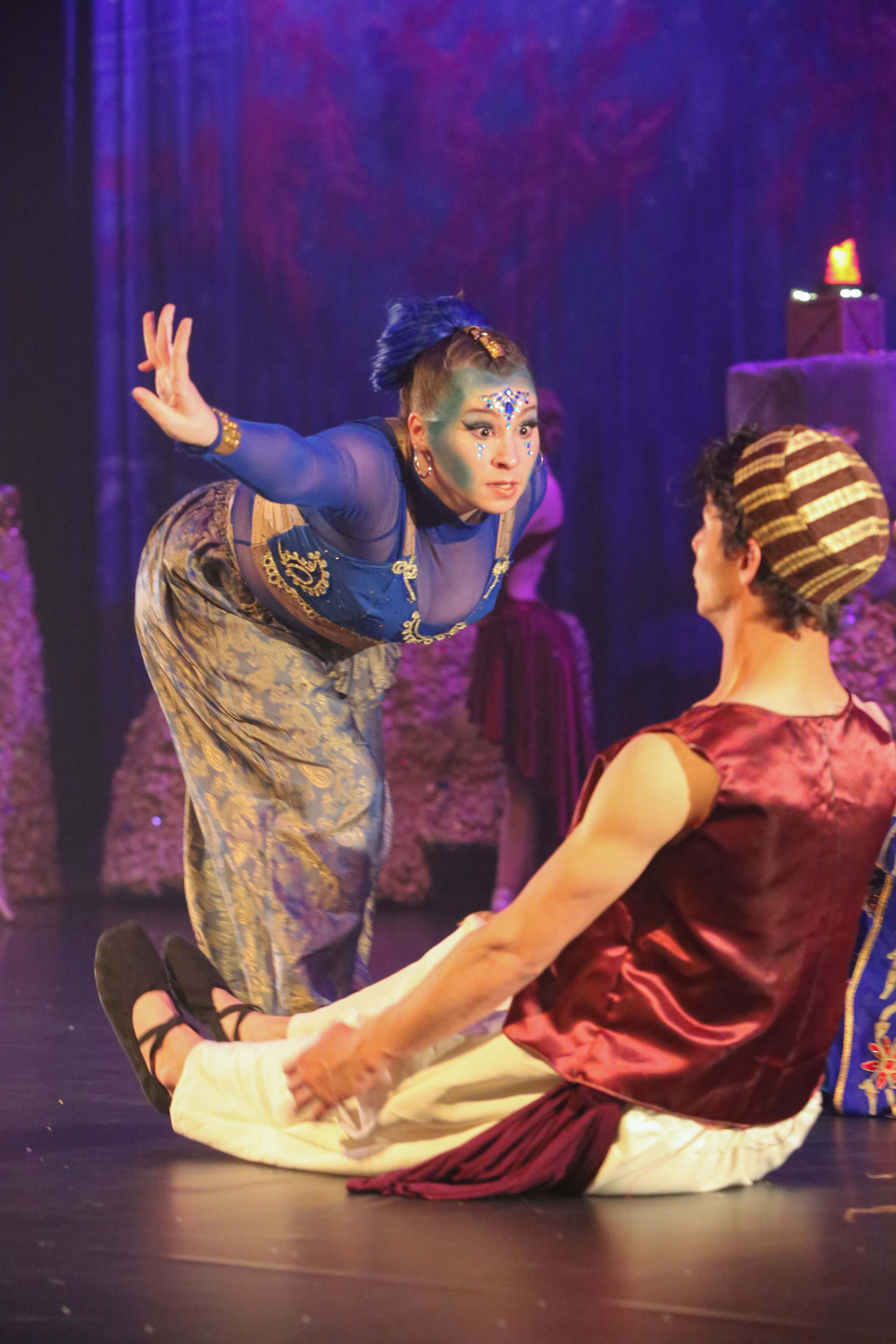 TJC Academy of Dance student Elexis Wiebe as The Genie, and Actor/Guest Artist James Coats as Aladdin in the TJC production of “Aladdin and Magic Lamp.”

“This is such a treat to present this special work to a broader audience,” said Carolyn Hanna, director of TJC Academy of Dance. “Because of the pandemic, we have been working on this choreography since January 2020. Our dancers have worked so hard, and we are thrilled to present this piece to all dance enthusiasts!”

There is no admission fee. Viewers simply tune in to KLTV at one of the scheduled times.

The Presenting Underwriter is an anonymous benefactor who has given generous funding to cover all expenditures for the production and televised performances.

TJC’s Vice President for Institutional Advancement Mitch Andrews said, “This benefactor is making it possible to reach more of East Texas with the exceptional talent and performing arts programs at TJC. Also, due to this generous support, gifts from other underwriters are benefitting the Campaign for the Performing Arts and will provide a naming opportunity within the new Rogers Palmer Performing Arts Center to honor Thereza Bryce-Cotes, ballet mistress for the TJC Academy of Dance.”