Established in 1987 from the Baker estate, the award recognizes full-time TJC professors for their contributions to student learning.

“I am incredibly honored, as this was given by my peers at TJC,” Burnette said. “I am so blessed to work with faculty and staff who have a high standard for student success and retention.”

Burnette joined the TJC faculty in 2013 as a professor in the medical office management/healthcare administration program. She holds an associate degree from TJC and bachelor’s, master’s and doctoral degrees from The University of Texas at Tyler. 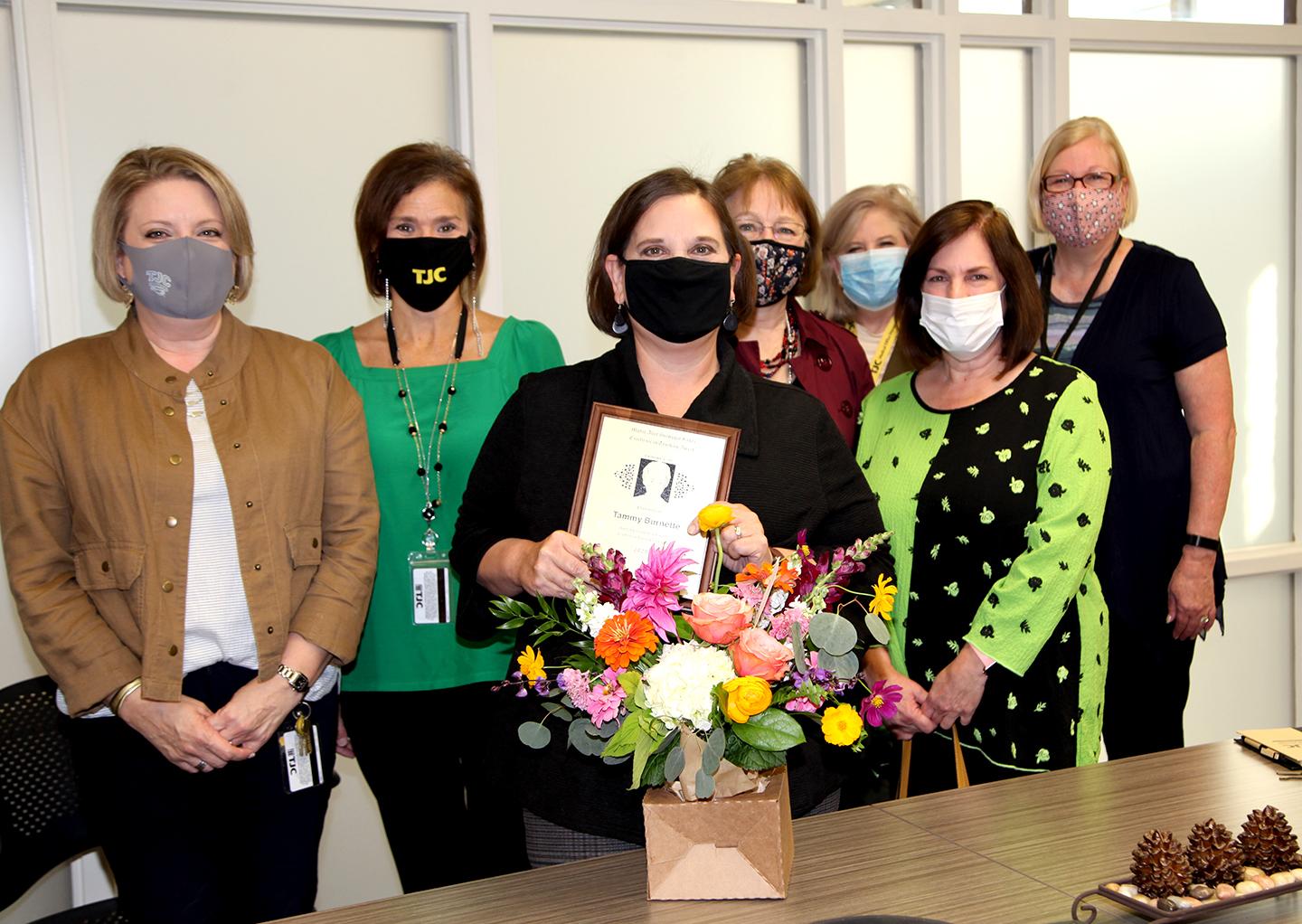 Loretta Swan, dean of the TJC School of Professional and Technical Programs, said, “I have received numerous comments from students who tell me how inspired they have been by Dr. Burnette’s instruction and life story, and some have stated they would never have completed college had it not been for her encouragement. She is definitely an educator who is changing lives at TJC.”

“Dr. Burnette is very deserving of this award,” said Dr. Deana Sheppard, TJC provost and vice president for academic and student affairs/chief academic officer. “We celebrate her achievement, and we thank her for the example she sets — not only for her students but also for her fellow educators.”

In 2018, she became professor and department chair of the healthcare technology and medical systems (HTMS) program, which offers a Bachelor of Applied Technology degree.

This is the second four-year degree TJC has created as one of four Legacy Colleges designated by the Texas Higher Education Coordinating Board to offer up to five baccalaureate degrees. The first, a Bachelor of Science in dental hygiene, began in 2016.

In August, TJC’S inaugural class of HTMS graduates crossed the stage to receive their diplomas.

“These students are entering the workforce with the skills and knowledge they need to be outstanding leaders in healthcare,” Burnette said at the time. “They have worked very hard to accomplish their educational goals and we are so proud that TJC was able to offer this bachelor’s degree to them.”

For more on the program, go to TJC.edu/healthcareadministrationbat.