Ann W. Brookshire, David Hudson and Rohn Boone, re-elected TJC trustees for Places 7, 8 and 9, respectively, were sworn in during the board’s regular meeting on Thursday.

They were each unopposed in the recent May election.

The oaths of office were administered by Don Warren, candidate for mayor of Tyler and former city council member.

Before administering the oaths, Warren said, “I consider it a privilege and an honor to do this today. As I look at all of you trustees, I’ve known you personally and professionally; and I want to tell you that I value your friendships and the relationships we have together.”

He continued, “At the City of Tyler, we have a motto where part of our vision statement is ‘Called to serve.’ So, I want to say thank you for your service to this college and to this community.” 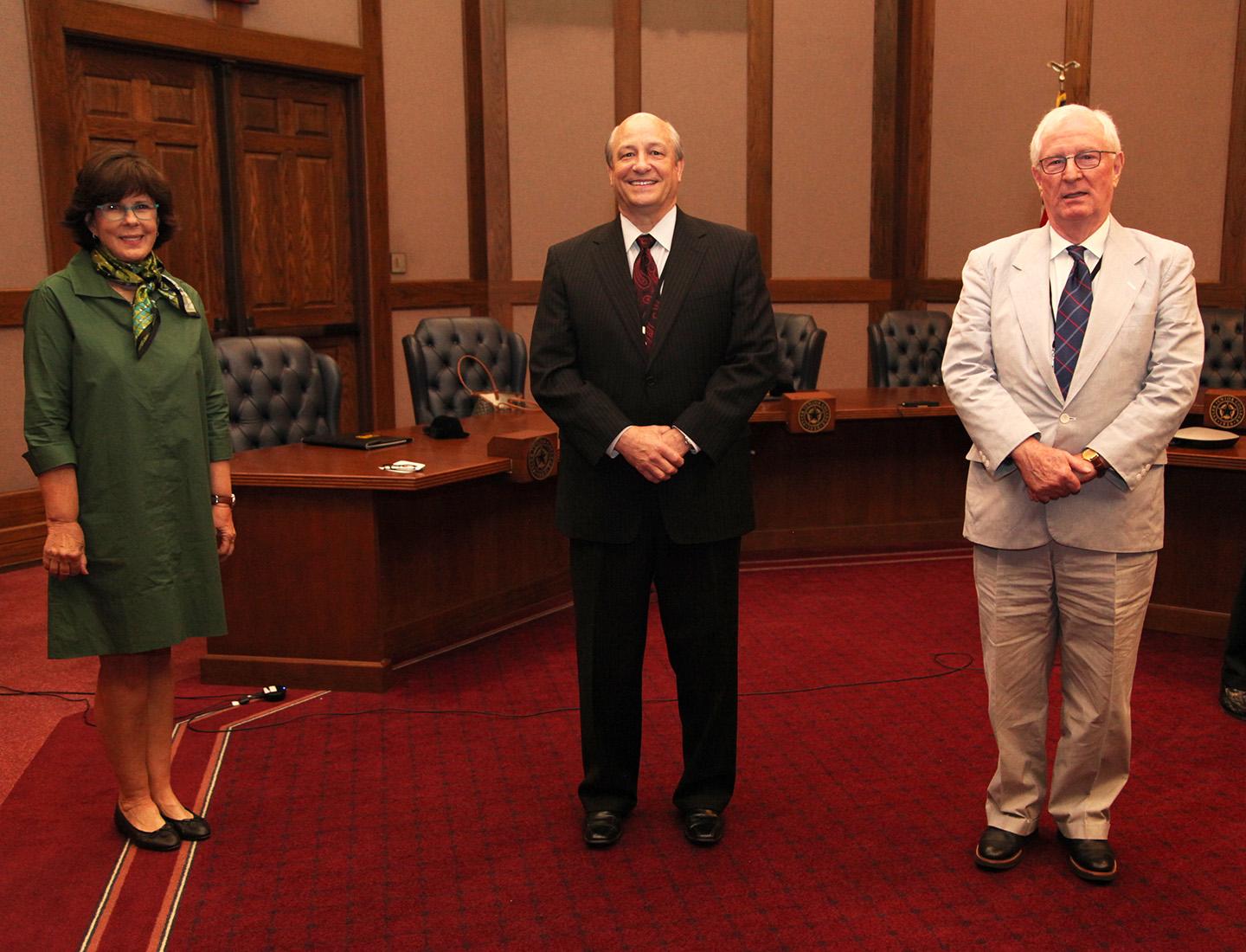 From left: Ann W. Brookshire, Rohn Boone and David Hudson, re-elected TJC trustees for Places 7, 9 and 8, respectively, were sworn in during the board’s regular meeting on Thursday.

TJC President Dr. Juan E. Mejia thanked outgoing Board President Mike Coker for his two years of leading the board.

“I join Board President Rohn Boone and all Trustees in expressing appreciation to Mr. Coker for a truly amazing job,” Mejia said. “He loves the College, and he has invested a significant amount of time and energy to guide the institution through this time. He is respected and valued, and he is an asset to TJC.”

After taking his place in the board president’s seat, Boone said, “In 1972, when I came to school here at Tyler Junior College, there was a zero percent chance that I would serve on the board of any organization, much less sit in this seat [as board president].”

Boone continued, “It’s a privilege and an honor to serve with this board. Great responsibility goes with this, and I take it seriously. I will try to serve in a manner that will be honorable for this institution, and it truly is a great institution.”