Fall classes are offered in-person, online or hybrid. Registration is open for Fall 12-week and second 8-week semesters. Masks are required at all TJC facilities.

TJC’s student media, The DrumBeat, has proved to be among the top in the state with its recent winnings at the 2020 Texas Intercollegiate Press Association’s (TIPA) awards presentation.

TIPA is the oldest state collegiate press association in the nation.

TJC students were awarded more than 40 honors for their digital and print work during the spring and fall 2019 semesters.

The DrumBeat’s TV broadcast and website, thedrumbeat.com, placed third in overall excellence while its radio program placed second in its division. Through the broadcast, students aspiring to work in TV journalism gain hands-on experience by working in the TJC Mass Communication Department’s newly renovated studio.

Students also excelled in electronic reporting, sweeping various categories such as in-depth multimedia reporting and audio program production with first-, second- and third-place wins. Several students were recognized for their audio and video productions, including podcasts, visual storytelling and photography.

Rachel Jennische, mass communication professor and student media co-advisor, explained creating the documentary was a first for students and bringing home an award means “students are headed in the right direction.”

“The DrumBeat staff works so hard all year, so these awards are validation of their hard work,” Jennische said. “They put out a professional product and can use what they create for The DrumBeat as a way to get jobs and scholarships.”

Students were recognized for their coverage of important campus issues such as mental health and climate change as well as articles showcasing the many campus and community events.

“The DrumBeat really is the voice of the TJC student body, and staff members take this responsibility seriously. They work so hard to bring the campus important and entertaining stories while perfecting their journalism skills,” said Kasi Dickerson, mass communication professor and student media co-advisor. “I’m so proud of the students for their work and dedication to this organization.”

Student media comprises a printed newspaper, an online edition with multimedia content and a news broadcast. It is one of the oldest student organizations at TJC.

Students, listed by hometown, include: 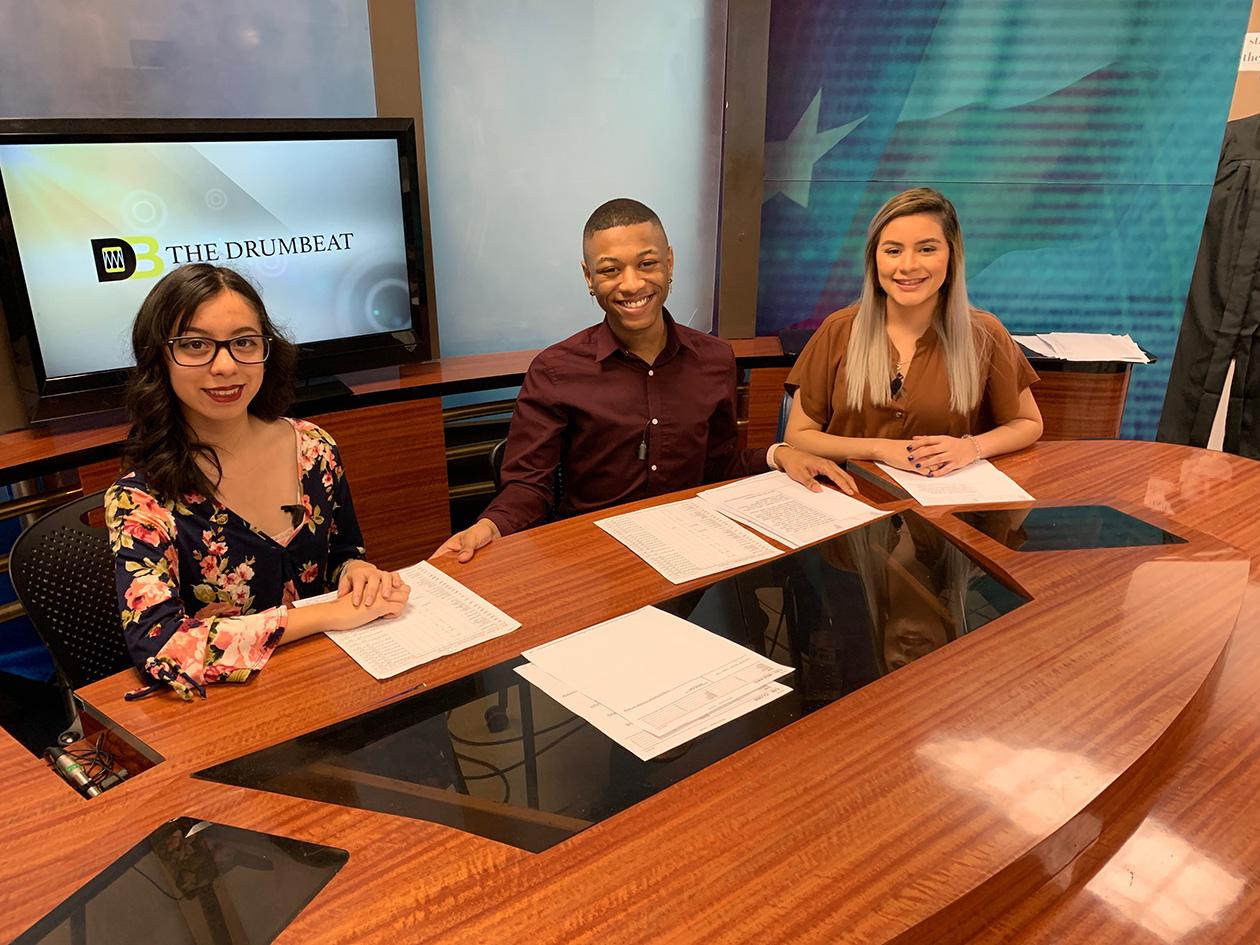