TMEA is an annual meeting of the state’s elementary through college music programs, including band, choir, orchestra and elementary music. It is one of the largest such conventions in the country, attracting some 10,000 active music educators and about 30,000 attendees from around the world each year.

Before departing for San Antonio, the group will perform a send-off concert at 7:30 p.m. Tuesday, Feb. 11, in Braithwaite Recital Hall on the UT Tyler campus. Admission is free, and the public is invited to attend.

Their program will include a variety of jazz, classical and modern compositions, to highlight the tonal timbres and diversity unique to trombone ensembles. They will also premiere new works and arrangements, widening the available literature for the trombone ensemble.

“We are excited to debut a few original compositions, including a new piece by Micah Bell, one of our talented TJC music professors,” said Heather Mensch, TJC music department chair and director of low brass.

“We are so proud of our hardworking students, and we look forward to having the TMEA audience see the results of the time and preparation they’ve put into this performance.”

On their way to San Antonio, the group will stop to perform for students at China Spring High School near Waco and Dailey Middle School in Austin. The China Spring band program is under the direction of TJC alumnus Marc Nichelson, and TJC band alumnus Keaton Ainsworth directs the Dailey program. 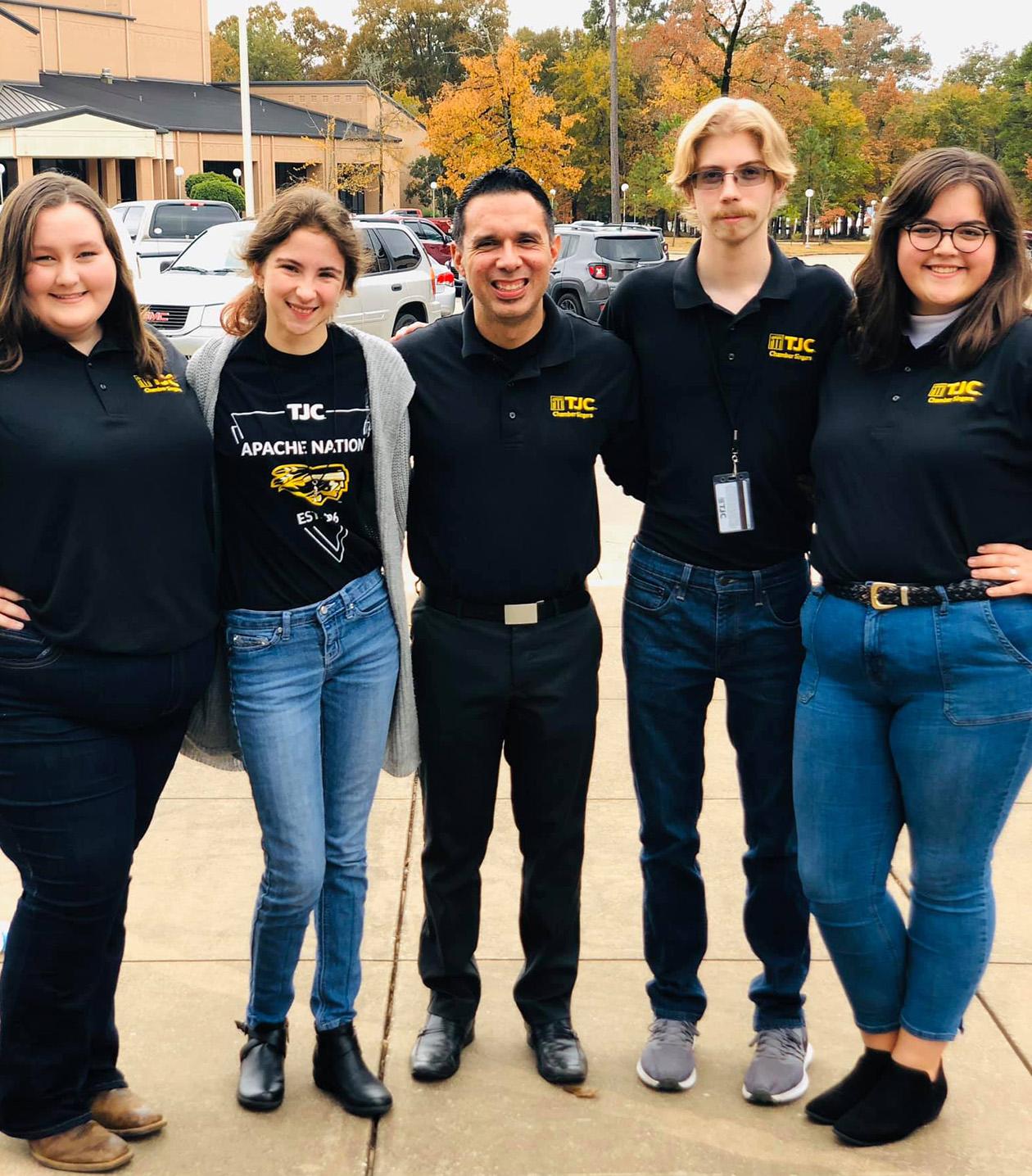 The TJC choral department is under the direction of Dr. Eric Posada.

Following three days of rehearsal to learn seven musical selections, the group will perform at 7:30 p.m. Saturday, Feb. 15, in the Gonzalez Convention Center.

The choir will be conducted by Dr. Eugene Rogers, director of choral activities and associate professor of conducting at the University of Michigan.

Posada said, “When I came here in 2017, one of my goals was to encourage students to audition for the all-state choir; and I’m proud to say that, since that time, 12 students have represented TJC at this level since then.”

About the TJC music program
As one of the largest two-year college music programs in Texas, TJC graduates students each year who are prepared to excel at the university level and beyond.

Areas of concentration include: guitar, instrumental, piano and voice.

TJC music majors are actively recruited by universities and transfer all over the United States.

For more on TJC music programs, go to TJC.edu/music.