This year’s theme, “Reach for the Stars,” celebrates all aspects of TJC, including:
• The education and training that launches the careers and lives of its students and alumni
• The Hollywood and Broadway stars that emerge from its performing arts programs
• Its top-flight facilities, including the Earth and Space Science Center featuring Hudnall Planetarium
• President Dr. Juan E. Mejia’s leadership goal to recognize TJC as a stellar institution of higher learning

Mejia will lead the countdown to the drum beat, the Apache Punch drumline and TJC cheerleaders will perform, and the TJC homecoming court will be introduced.

As they have since 1948, TJC students, employees and alumni volunteer their time to keep the drum beating 24 hours a day, all week long, until kickoff of Saturday’s homecoming football game.

Tuesday, Oct. 22
The “Campus Capers” talent show will begin at 7 p.m. Tuesday in the Apache Rooms in Rogers Student Center. Admission is free, and the public is invited to attend.

TJC students will show off their talents, including dancing, singing and much more. Cash prizes are awarded for the top three performances.

Thursday, Oct. 24
Actress and TJC alumna Donna Bullock, who is one of this year’s alumni award honorees, will be recognized by the TJC Campaign for the Performing Arts steering committee in a private event on the TJC main campus.

The Apache Nation homecoming parade will begin at 7 p.m. The parade route will begin from the Rogers Nursing & Health Sciences Center parking lot on East First Street and proceed through campus, turning left on Magnolia Avenue, then right on Lake Street, left on South Mahon Avenue, right on East Devine Street, then right on Palmer Avenue and end at Pat Hartley Field, at the corner of Fifth and Palmer. After the parade, there will be food, fun and games.

At 9:15 p.m., the TJC Apache Band, Apache Belles and TJC Cheer will perform, and the Apache football team and 2019 homecoming court will be introduced, followed by a fireworks show.

Admission is free, and the public is invited to attend. 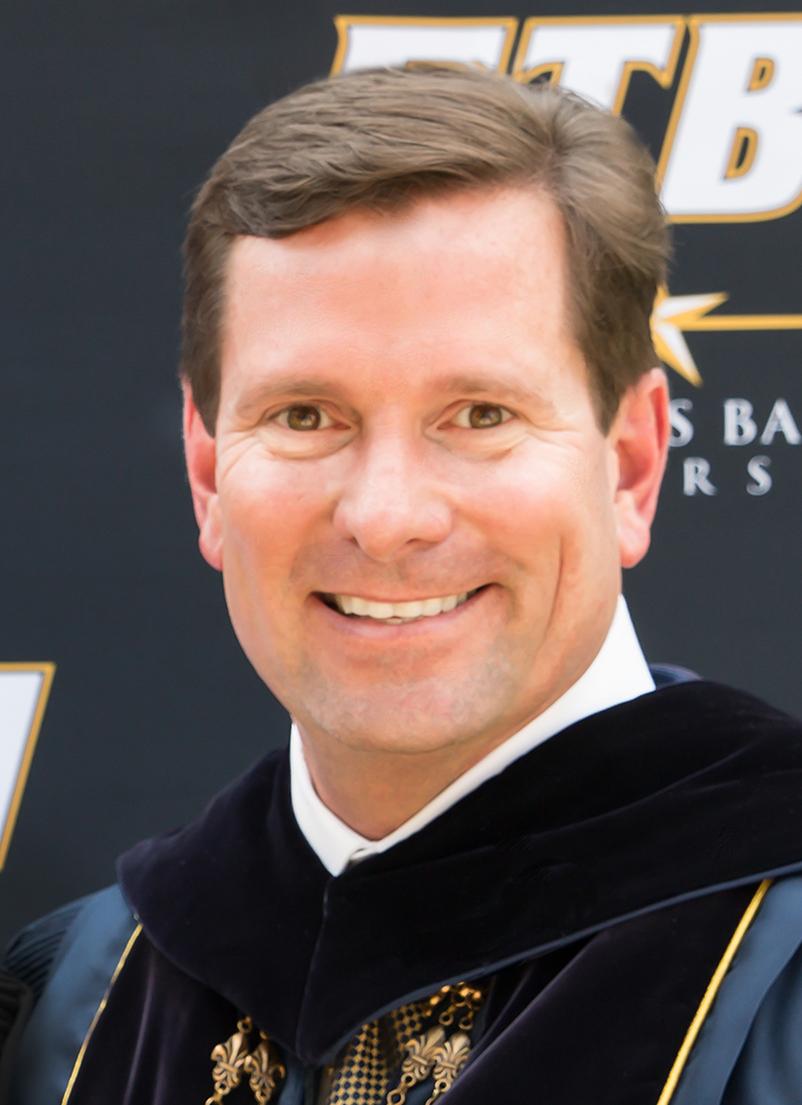 Dr. J. Blair Blackburn has served as president of East Texas Baptist University since June 2015. With more than 28 years of diverse administrative experiences in college and university leadership, Blackburn stands committed to excellence in Christ-centered education through faith and learning integration.

Prior to ETBU, he served in four other institutions of higher learning, including Dallas Baptist University, The University of Texas at Tyler, Lon Morris College and Paris Junior College. At Dallas Baptist, Blackburn served as executive vice president for 13 years of his 20-year tenure at the institution.

Blackburn arrived at TJC in the fall of 1987, joining the TJC Apache Cheer Team. He became actively engaged in student life at TJC during his freshman year and was named freshman class president and homecoming king runner-up. During his sophomore year, Blackburn served as cheer captain, student activities student assistant, Student Senate president, and parliamentarian of the Texas Junior College Student Government Association. He was a member of Phi Theta Kappa, the national honor society for community college students.

He earned an Associate of Arts from TJC in 1989 and was named as TJC’s Valuable Young Alumnus in 1999. In 1991, he earned a Bachelor of Science in political science from The University of Texas at Tyler and was named as UT Tyler’s Distinguished Alumnus in 2016. Dr. Blackburn holds a Master of Science in Higher Education Administration from Texas A&M University-Commerce. He earned his Doctor of Education in Educational Administration from Baylor University in 2000.

Blackburn and his wife, Michelle Hackney of Canton, Texas, celebrated 28 years of marriage this year, after first meeting in the lobby of Hudnall Hall at TJC. They have three children: Taylor, Elizabeth Blair, and Parker. They are members of Green Acres Baptist Church in Tyler. 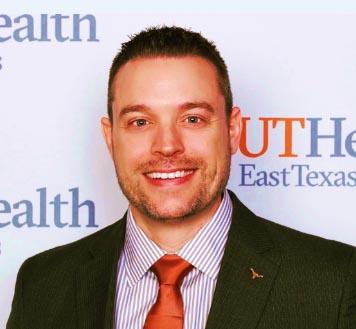 Cody Boyd was born and raised in East Texas and found his way back after a seven-year business venture that helped his family capitalize on traveling opportunities.

Motivated by a patient, the Boyd family set out on an adventure that combined a consulting/contracting business with a love for travel. Those years were spent living and working in areas from the Pacific Southwest to the Atlantic Northeast.

He holds degrees in radiologic technology from TJC, radiation therapy from UT MD Anderson, healthcare administration from LeTourneau University and an MBA from UT Permian Basin.

Boyd and his wife, Candice, have an 8-year-old daughter, Kiley. In his spare time, he enjoys music, health and fitness and above all, being a cheer dad and devoted husband. 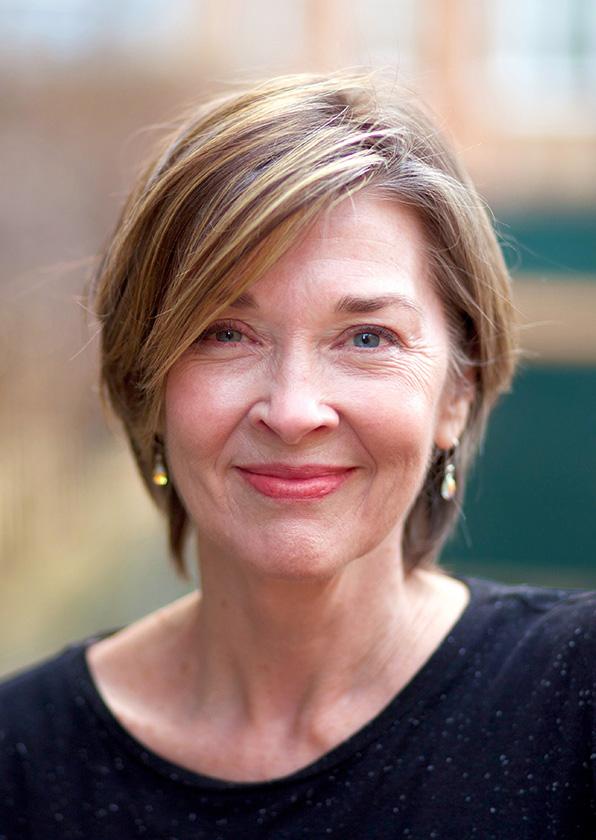 At TJC, Donna Bullock said, “it was the first time I had been with people who wanted the same things I did. I mean, you know it’s in you, but you don’t dare speak it.”

Bullock credits her TJC mentor, the late J.W. Johnson, for her start as a performer.

“When he told me that he thought I really had a talent for this, it was both exciting and terrifying,” she said. “He was a professional musician the whole time he was teaching at TJC.

“He really took me under his wing and encouraged me. I was so green, I really needed someone who would lead me through all the baby steps it took to get where I needed to go.”

As a standout music and drama student, Bullock had roles in many TJC productions, including “The Music Man” and “Bye Bye Birdie.” She was also a member of TJC singing ensemble Harmony & Understanding, which entertained crowds at the Texas Rose Festival, the Cotton Bowl, Dallas Cowboys football games and Miss Texas Pageants.

After graduating from TJC in 1976, she transferred to Southern Methodist University’s drama department. She has been making her living as an actress for 40 years. She began her theatrical career in New York City and then spent 15 years in Los Angeles, working mostly in film and television. She and her family returned to the New York area in 2005, to reconnect with theatrical roots.

She was named TJC’s Valuable Young Alumna in 2000.

In addition to her leading role as Mother in the Broadway, Los Angeles, Chicago and Vancouver productions of “Ragtime,” Bullock’s stage credits include “A Class Act,” “City of Angels,” “Foxfire,” “Me and My Girl,” “Sweet Bird of Youth,” and she played Beatrice to her husband Sherman Howard’s Benedick in Shakespeare’s “Much Ado About Nothing.”

Television appearances include a starring role in the critically acclaimed NBC drama, “Against the Grain,” as well as guest roles on “Frasier,” “Six Feet Under,” “Touched by an Angel” and “Dallas.” She also played the president’s press secretary in the motion picture, “Air Force One,” starring Harrison Ford.

Most recently, she appeared in “My Name’s Not Indian Joe,” a new musical written by and starring fellow Texan, Elizabeth A. Davis.

Bullock and her husband, actor Sherman Howard, live in the Berkshires in southern Massachusetts. 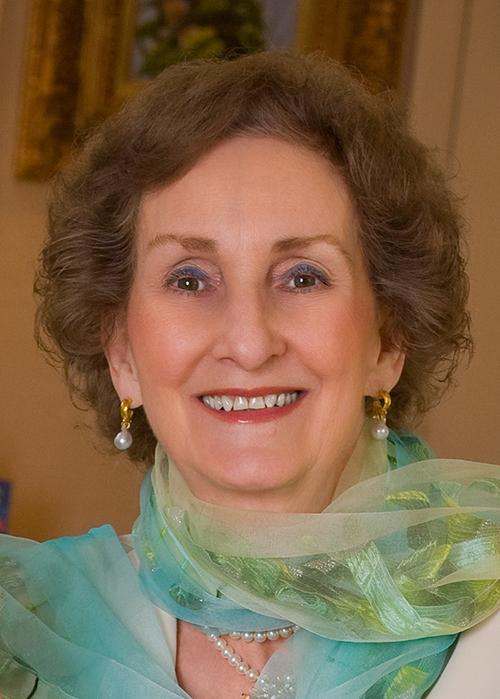 LaVerne Gollob was born in Tyler, attended Tyler schools and graduated from Tyler Commercial Business College. As one of seven girls, she said she grew up around a lot of fun with a big support group.

Gollob and her recently deceased husband, Michael, were married for almost 37 years. During that time, they traveled throughout the United States, Europe and Asia. Her favorite places are Africa, Italy and England.

She loves her tree farm, which she refers to as “God’s country,” and enjoys getting on a tractor and riding among the beautiful, tall, pine trees. She is a member of First Baptist Church and is active with her Sunday school, mission group and church choir. She also has a passion for music and enjoys reading non-fiction books.

She has been involved with many organizations and served as president the Women’s Symphony League, East Texas Symphony Orchestra, Texas Association for Symphony Orchestras, Tyler Garden Club and Criterion Club; chair of the American Association of University Women (AAUW) Christmas Home Tour and Bethesda’s Dr. Luke awards dinner; and member of the Daughters of the American Revolution and the TJC Foundation Board. She also served as chair of the Tyler Azalea Trails and was instrumental in Tyler being designated as one of America’s Azalea Cities.

Gollob has been incredibly generous in her financial support of and advocacy for TJC. Her contributions include substantial gifts to the Rogers Nursing & Health Sciences Center to name an advanced skills lab and the LaVerne & Michael Gollob Event Room on the facility’s third floor. She currently serves on the steering committee for the Campaign for the Performing Arts, in support of the new Rogers Palmer Performing Arts Center.

She enjoys spending time with her close-knit family, which includes her children and lots of nieces and great nieces. Her daughter, Teresa Diane Butcher, is associated with Gollob Morgan Peddy CPA firm. Butcher and her husband, Scott, live in Tyler. Her son, Jeff Lee, lives in Dallas, where he is involved with his new restaurant, Grange Hall. Her grandson, Aaron Michael Owens, lives in Tyler and is associated with Ragsdale Optical.

Saturday, Oct. 26
The TJC Alumni Association will host its annual Homecoming Tailgate Party from noon to 2 p.m. at the UPS Customer Center parking lot on South Lyons Avenue, near Rose Stadium. Admission is free for lifetime alumni members or $10 per person for non-members.

At 2 p.m., Apache Band, Apache Belles and their alumni will take their traditional Rim Walk into Rose Stadium, followed by pregame activities and crowning of this year’s homecoming king and queen.

Kickoff will be at 3 p.m. for the Apaches’ homecoming game against their longtime rivals, the Kilgore Rangers. Admission is $5 for reserved seating, $3 for general admission, and free general admission with a valid TJC ID or TJC Alumni Association lifetime membership.

In keeping with the “Reach for the Stars” theme, the Apache Band’s halftime show, “Intergalactic,” will celebrate the 50th anniversary of the Apollo 11 moon landing; and the Apache Belles will salute this American achievement with their performance.