For Mathematics Professor and Department Chair Chris Chappa, math is just another puzzle to solve.

"I like logic puzzles and I like games. For me math was always a game. I enjoyed it. I didn't have to work at it – it just made sense," he said.

Relating math problems and puzzles is to his students is as simple as explaining a hand in Texas Hold'em. Chappa has given lectures about how math – specifically statistics – can help determine when to hold and when to fold.

"I also discuss casino games such as roulette and craps to explain why, in the long run, you will lose these games," he said. "Kind of a public service announcement."

Chappa started his education at Centenary College in Shreveport for his bachelor's, and got his master's at the University of Louisiana at Lafayette. From there, he and his wife, a Hawkins native, moved to East Texas from Garland.

"I said ‘I'd never thought I'd live in a small town,' but now, I'll never move back to the big city."

"Hawkins is literally a one-light town," he noted.

"A lot of students are surprised at how far math goes in four-year schools. There's so much beyond calculus that most people don't know about simply because they've never needed to."

Chappa began teaching at TJC in 2001. He taught developmental – now called TSI Math – until 2012 when he became department chair.

"I see a broad range of students," he said. "For the majors, I see students that are more focused than I was as an undergraduate in terms of career plans."

Part of Chappa's vision as a department chair was to expand tutoring for difficult Calculus courses, and to work with UT Tyler on transferability. To do this, he worked with other mathematics professors to develop the Calculus Lab, utilizing a computer lab in Jenkins Hall to provide free one-on-one tutoring for complex calculus courses.

To improve transferability, Chappa has emphasized the theoretical portion of higher-ed math in his classroom.

"When you get a bachelor's in math, it's more theory than application. The theoretical stuff just gets mind-blowing – or mind-numbing depending on your perspective."

"It's not just ‘find the answer; draw the graph.'"

The mathematics department has plenty of crossover with the engineering department, and math professors emphasize plenty of practical application of math principles.

Chappa takes an alternate route, and in doing so provides his math majors with a wide swath of mathematics education.

"When I teach a class, I focus more on the theoretical side. Making conjectures, proving things – which is a big part of higher-level math," he said.

"A lot of students are surprised at how far math goes in four-year schools. There's so much beyond calculus that most people don't know about simply because they've never needed to."

And it's a theory that's working. 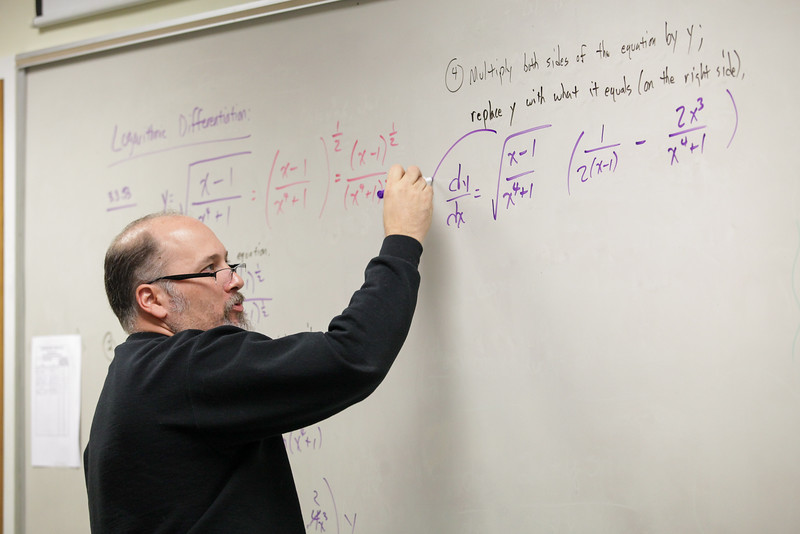 Like many other majors, plenty of math majors transfer to UT Tyler after graduating from TJC.

"Professors over there were telling me how many of our math students who transfer over there are at the same level as their students," Chappa said.

He says this is the result of the high level of education the math department puts into teaching our students here at TJC. Chappa says that his professors are required to teach with the same level and rigor as they would at a four-year university.

"We have high expectations, and we tell them before they transfer that they'll be expected to know that stuff."

For Chappa, "that stuff" could mean applied or theoretical math – climbing a mountain for either reason.

Or just learning which hand to play at your Tuesday night poker game.

"I've been playing poker for about 14 years recreationally," Chappa said as he pulls out a receipt for a $900 win in Shreveport.