TJC Chancellor and CEO Dr. Mike Metke said, “What this facility means to this College and this community is beyond what we can imagine. The talent that has come to TJC over the years has been amazing. So many of you have benefited from it and come back, and so many have gone on to national fame and fortune as well.”

Construction begins immediately, and the completed center is scheduled to reopen in January 2021. 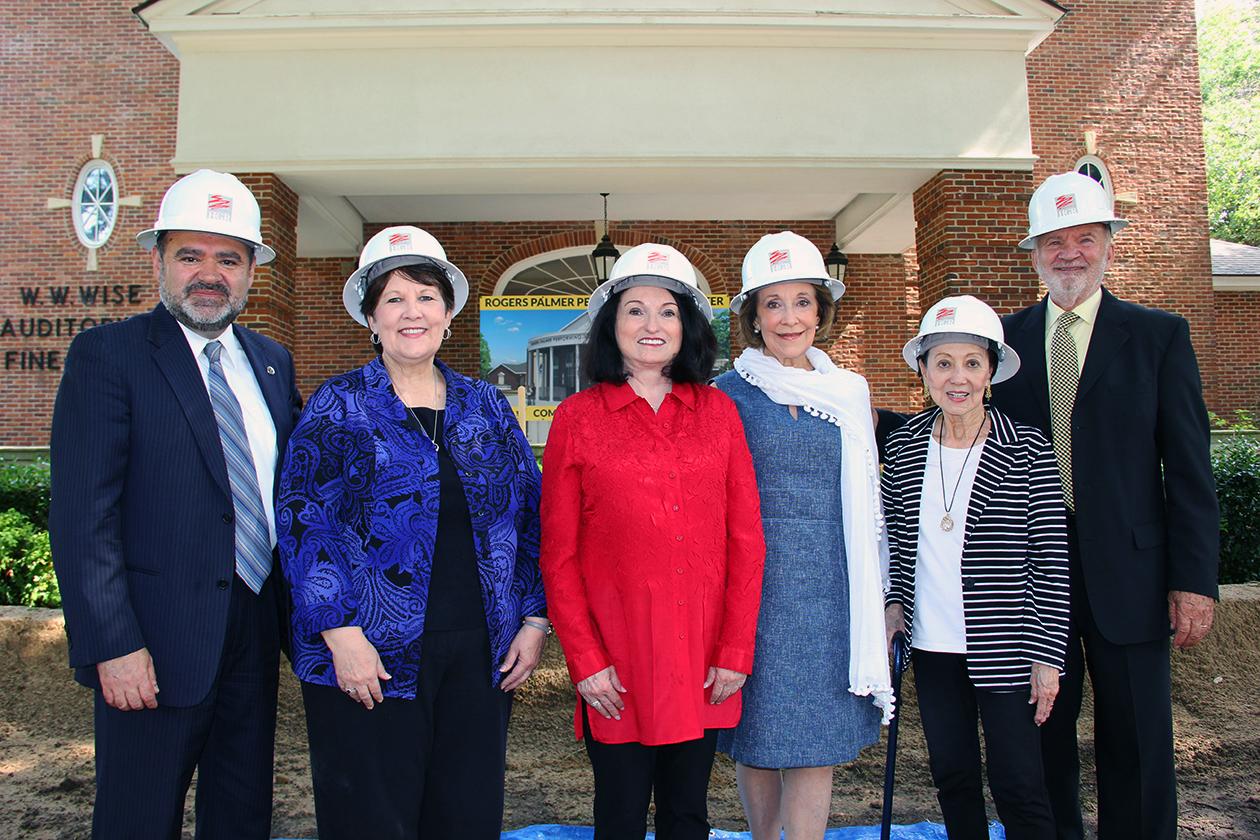 In January, the Rogers Foundation committed to a lead gift of $3 million to name the new facility.

He added, “You’ve changed our world and our community and we’re so grateful to you.”

The new facility will ensure that TJC can continue to recruit exceptional talent, grow the College’s arts programs and help build a thriving arts culture for East Texas by offering high quality and accessible programming.

About Wise Auditorium
In 1955, community philanthropist Watson W. Wise saw the need for a facility to host TJC’s burgeoning performing arts program. Along with a $300,000 tax-supported bond, Wise helped fund construction of a 725-seat municipal auditorium and accompanying classrooms. The auditorium complex opened in 1956.

Mitch Andrews, TJC vice president for institutional advancement, said, “We must acknowledge the legacy of Emma and Watson Wise, whose generosity helped build the foundation for the arts at TJC and build this facility. Wise Auditorium has not only served as a resource for the arts but also a resource for our community that is utilized broadly by TJC and East Texas.”

The current facility lacks the resources to support the ever-growing needs of the College’s vibrant performing arts programs which include The TJC Academy of Dance performances, vocal and instrumental recitals, theatre productions and Apache Belles and Band presentations.

The auditorium has also hosted numerous activities of TJC, multiple events of local high schools and various visiting productions and programs for enjoyment of the East Texas community. Within the new facility, the auditorium will maintain the historic name of Wise Auditorium.

In recent years, Wise Auditorium has been the host venue to welcome famous alumni who got their start at TJC, including Grammy Award-winner Chris Tomlin, actor Shea Whigham and former NSA Director and CIA Deputy Director Admiral Bobby Inman.