Six current and former TJC Apache Band students are spending their summer traveling the country, performing and competing in some of the most elite marching ensembles in the world.

“Drum Corps International (DCI) is the highest level of commitment for band students,” said TJC Director of Bands Jeremy Strickland. “I try to explain it as the NFL for marching bands. These kids sleep on gym floors and charter buses, and they spend hours and hours perfecting the same 10-minute show they will perform all summer.”

DCI is made up of 47 performance groups, with each group made up of up to 150 performers, including brass musicians, percussionists and color guard members.

The 10-minute performances showcase a variety of musical styles, often combining elements of pop, rock, jazz and classical. In addition to the instrumentalists, the shows also incorporate flags, rifles, sabers, dance and elaborate staging and costumes.

Auditions begin in the fall of the previous year; and after the rosters are set, monthly weekend camps begin. Performers range in age from 14 to 22. More than 70 percent are full-time college students, many of whom are music majors. The performers’ fees are paid through DCI scholarships, alumni, fundraisers and out of pocket.

“Of the 10,000 or so students who auditioned last year, only 60 percent made the cut,” Strickland said. “It’s incredibly competitive and to be chosen is a huge life event for these students.”

Nick Wilkerson made the cut.

After graduating from TJC in 2017 as a music major from Van, Wilkerson transferred to Texas A&M-Commerce. 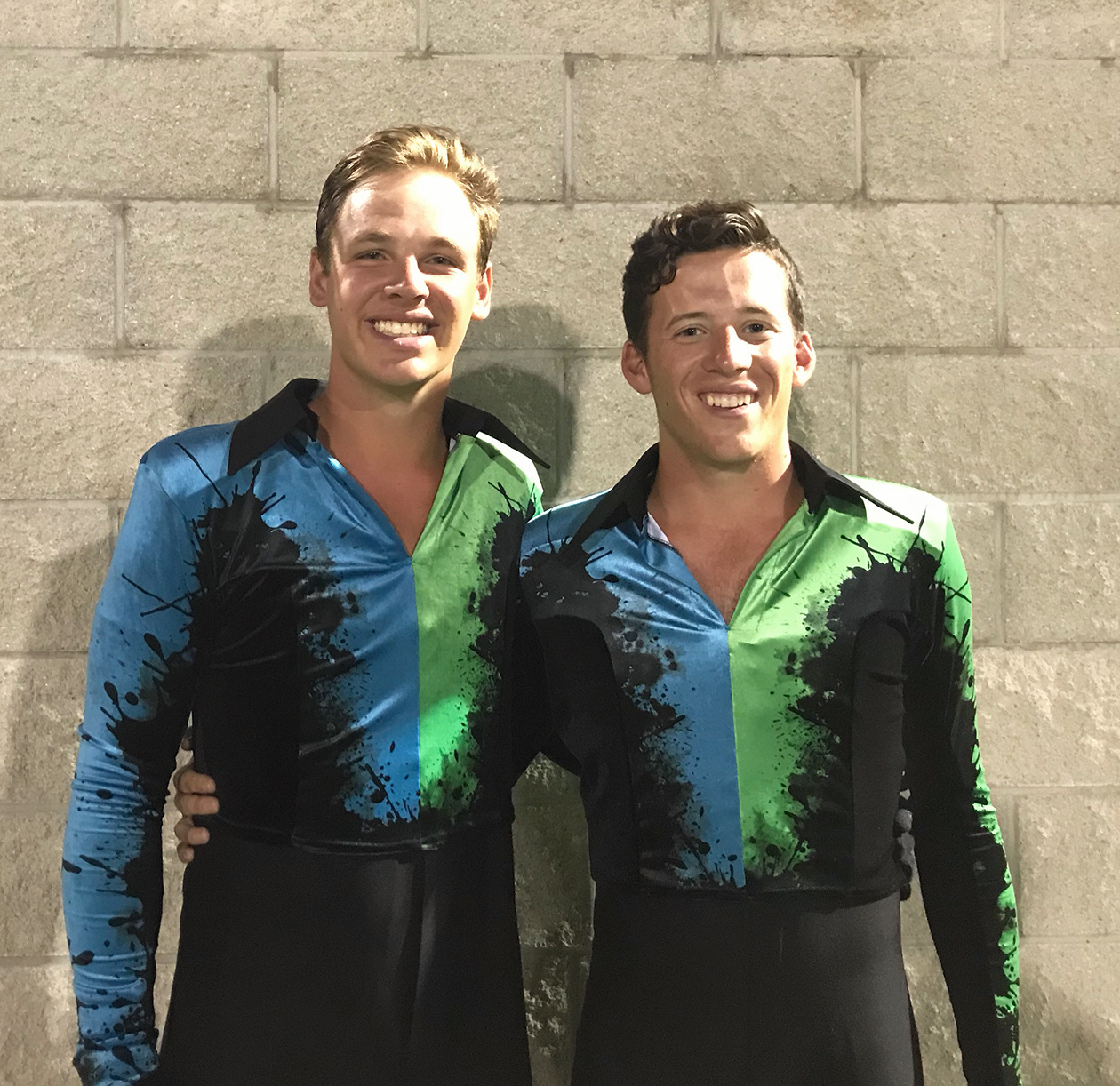 Nick Wilkerson (left) and John Conrado are marching in the Cavaliers, one of the Drum Corps International’s 13 founding member groups. DCI was established in 1972.

He and current Apache Band bass drummer John Conrado are marching in the Cavaliers, one of the 13 founding member DCI corps and a seven-time world champion corps.

Conrado is a TJC sophomore speech communication major from Canton.

Other current and former Apache Band members participating in DCI this summer include:

Patrick Bryant, TJC sophomore dance major from Omaha, performing with the color guard in the Spirit of Atlanta

Wilkerson’s primary instrument is the trombone, but he learned to play the baritone since DCI doesn’t use trombones.

“On show days, we have six to eight hours of rehearsal, then we get the evening to shower and get ready for that night’s performance,” he said.

Then they load up their charter buses and trucks and head to the next town on their multi-state tour. DCI groups usually log about 10,000 road miles during a competition season.

Asked if that grueling schedule caused any weight loss, Wilkerson laughed, “I’ve lost 25 pounds so far, and we still have three weeks left in the season!” 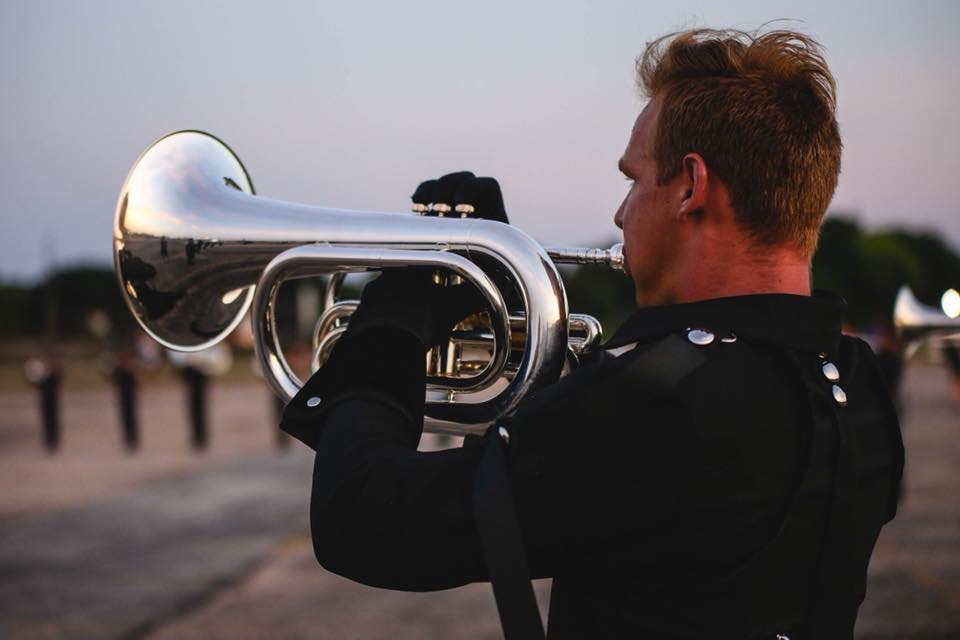 Nick Wilkerson’s primary instrument is trombone; but since DCI doesn’t use trombones, he learned to play the baritone.

“They’re going to be very tired but in such great shape when they get home,” Strickland said. “Not to mention, they’ve been playing their instruments and competing at the highest level all summer long.”

Corps are in serious competition with each other, with perfection always the goal. A winning score could be decided on a margin as narrow as hundredths of a point.

Toughness is key, and that’s the part Wilkerson loves most.

“I love the physical and mental grind,” he said. “I love seeing the reward of 154 performers putting everything they have into a show. We are all so diverse and different, but we all have the same goal. It’s incredible.”

Different DCI groups perform in different tours around the country, with some making stops in Texas.

For schedules and tickets, go to www.DCI.org.