Long before he wrote the lyrics to Celine Dion’s “My Heart Will Go On” for the motion picture “Titanic” and won a roomful of Academy Awards, Grammys and numerous other honors, Will Jennings was a student – and briefly an English professor – at Tyler Junior College.

After graduating from Chapel Hill High School in 1961, Jennings attended TJC on a music scholarship. He played trombone in the TJC Band, was active in theater productions, studied journalism, wrote poetry, and met his future wife, Carol.

After graduating from TJC in 1963, he briefly attended The University of Texas at Austin before transferring to Stephen F. Austin State University in Nacogdoches, where he earned his bachelor’s and master’s degrees in English.

He taught English at TJC from 1967 to ’68, and then taught at the University of Wisconsin before moving to Nashville to concentrate on songwriting. He eventually wound up in Los Angeles, where he’s been a prolific and sought-after songwriter ever since.

He first struck Oscar gold in 1983, with “Up Where We Belong,” from the motion picture “An Officer and a Gentleman,” which was named Best Original Song.

His “Titanic” Oscar win with composer James Horner came in 1997.

Success never went to his head, however, and Jennings has always remained loyal to his humble, Texas roots. He returned to TJC in 1983, when the TJC Alumni Association named him a distinguished alumnus.

During one of his visits back to Tyler at that time, he knocked on the door of his former TJC band director Edwin Fowler and handed him a pocket watch with the inscription, “To a great music man.”

Last weekend in Austin, Jennings and three other stellar music men – Joe Ely, JD Souther and the late Roy Orbison – were inducted into the Texas Heritage Songwriters’ Association Hall of Fame during a star-studded event in the Moody Theater, home to Austin City Limits.

Jennings, who lives in California, was unable to attend the ceremony due to health reasons. His sister Joyce Hudnall, of Tyler, accepted the award – a statuette of Willie Nelson – on his behalf.

Mrs. Hudnall and about a dozen other family members traveled to Austin for the event.

“Will has won awards all over the world, including London, Paris, New York, Los Angeles and Nashville,” Mrs. Hudnall said, “but this is the first time he’s been honored by his home state of Texas. This award is very, very special to him.”

To kick off the Jennings tribute at Sunday’s Hall of Fame show, Texas-born singer/songwriter Mignon Grabois belted “My Heart Will Go On” to the sell-out crowd and Rita Coolidge performed “Take It Home,” which she had recorded but Jennings had written for B.B. King.

Fellow Texas artist Rodney Crowell, who met Jennings when they were students at SFA, took the stage next.

“Usually, when Will worked with artists, he wrote the words and the other guy wrote the melodies,” Crowell said, “but when Will and I worked together, it was the other way around. I used his melodies. As far as I know, I’m the only one who’s ever gotten to do that, and that’s perfectly fine with me.”

Crowell then sang “What Kind of Love,” which he and Jennings wrote from a recording of a melody Roy Orbison had written just before his death.

“You never knew when Will would just call you out of the blue with some brilliant idea,” Crowell said, explaining how the Orbison tune came about. “One day, he said, ‘Man, I need you to come over in a hurry. This is really important and we’ve got to do a really good job on this one.”

Joyce Hudnall nods and smiles at the reference to her brother’s intellectual approach. 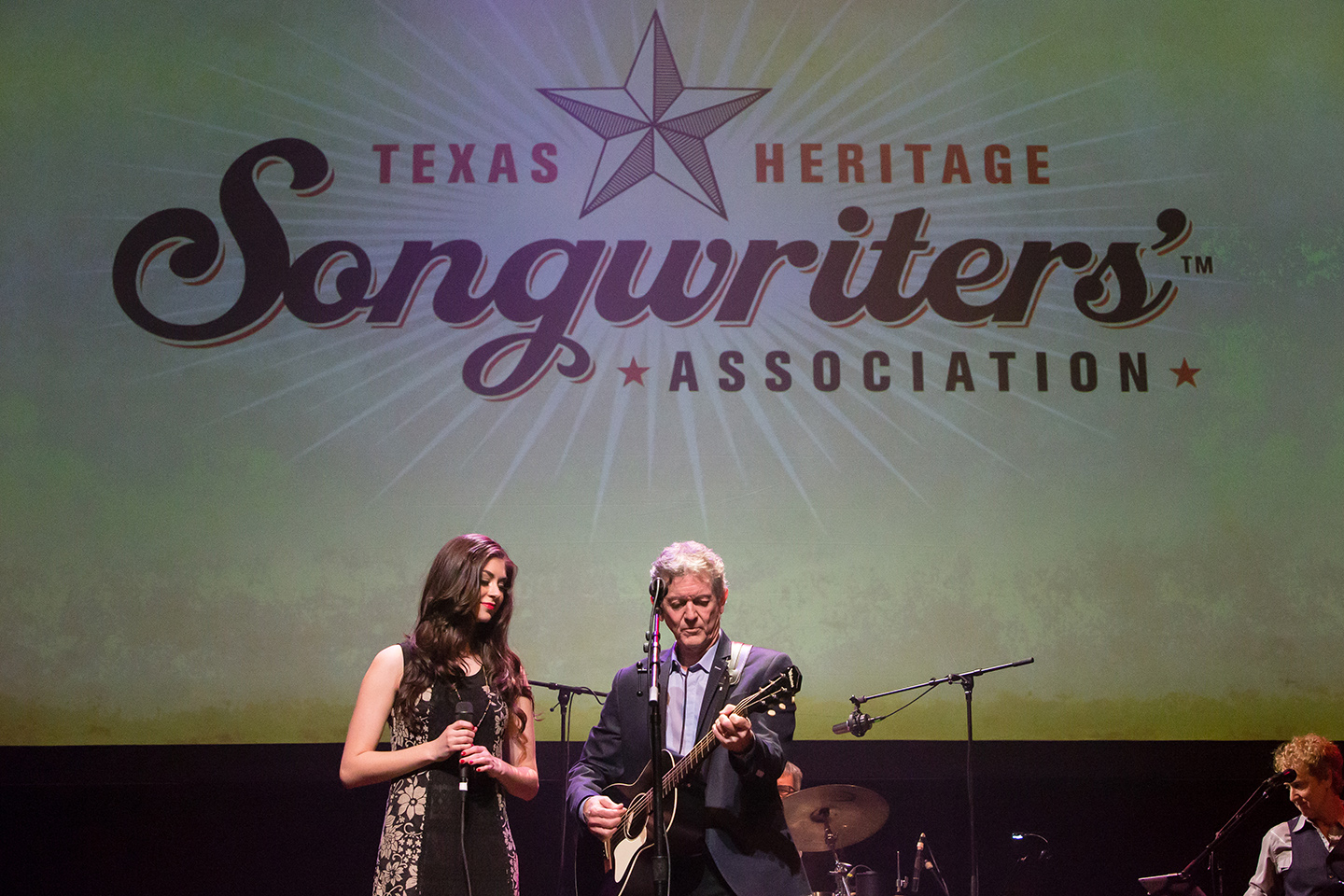 “Growing up in Tyler, Will always had his head in a book,” she said. “Every week, my mother would take him to the Tyler Public Library, and he would check out a stack of books, read them cover-to-cover, then go back the next week and get another stack.

Jennings’ ideas became words that became lyrics that became a staggering list of hit songs including “Higher Love” and “Back in the High Life Again” by Steve Winwood, “Looks Like We Made It” by Barry Manilow, “I Know I’ll Never Love This Way Again” by Dionne Warwick, “Didn’t We Almost Have It All” by Whitney Houston, “Where Are You, Christmas?” by Faith Hill, and scores more.

“Will has always enjoyed collaboration so much, and the Hall of Fame show was just a marvelous tribute to Will and all of the songwriters,” Mrs. Hudnall said. “All of the honorees have crossed paths over the years and created such wonderful music together.

“One thing I thought was expressed so well throughout the entire event was the camaraderie and admiration these creative people all have for each other. It was wonderful to see that spirit between them so wonderfully expressed.

“I know Will was most delighted and honored to be recognized by his Texas colleagues.”